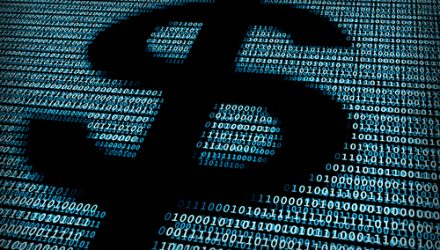 Traditional financial entities like banks have not entirely been on board with the disruptive capability of blockchain technology, but a recent collaboration with U.S. banks shows that the tide could be turning sooner rather than later.

It’s human nature to simply avoid change, and with blockchain technology already bringing disruption to the traditional financial structure, it’s easy to see why adoption would be difficult. However, more and more traditional finance players are warming up to the idea of using the blockchain to enhance their core operations or make their current services more efficient.

There have been ideas thrown around about digital currencies that can mimic the dollar via central bank digital currency offerings. As mentioned, a collaboration of banks are taking this a step further with a pilot strategy for a digital dollar.

“A group of banking institutions—including HBSC, Mastercard, and Wells Fargo—announced on Tuesday (November 15) the launch of a proof-of-concept digital money platform called the Regulated Liability Network (RLN),” a Decrypt article reported, noting the fallout from the crypto exchange FTX collapse that rocked the crypto markets recently.

The collaboration comes following the aforementioned FTX calamity, with lawmakers calling for more regulation in the crypto market. This could be a step towards that direction where digital currencies meld with the regulatory infrastructure of the federal government.

“Members of the U.S. banking and payments community involved in this [proof-of-concept] are pleased to be working alongside the New York Innovation Center (NYIC) that is part of the Federal Reserve Bank of New York,” the group said in a statement.

An ETF With an Eye on Growth

While the FTX collapse may have cast a negative light on cryptocurrencies, the bank collaboration shows that there’s indeed some potential to be extracted from blockchain technology. In this case, a growth opportunity exists wrapped in an exchange traded fund (ETF) via the Global X Blockchain ETF (BKCH).

The fund seeks to provide investment results that generally correspond to the price and yield performance of the Solactive Blockchain Index. The index is designed to provide exposure to companies that are positioned to benefit from further advances in the field of blockchain technology.

Global X notes that the global blockchain market was valued at nearly $5 billion in 2021, with forecasts suggesting that it could grow over 10x to more than $67 billion by 2026. This gives investors global exposure to markets where adoption can take place faster than others.

More and more, companies worldwide are seeing just how blockchain technology can make their core operations more efficient and secure. As such, the reach of blockchain goes beyond the realm of merely serving as the underlying technology for cryptocurrencies.

“This theme is bigger than just cryptocurrency,” Global X noted on the product website. “BKCH invests accordingly, with global exposure across multiple sectors and industries.”