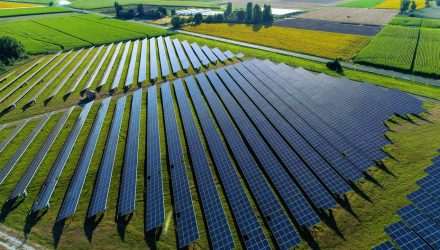 Another Catalyst for TAN, the Solar ETF

The recent coronavirus-induced tumble suffered by equities notwithstanding, the Invesco Solar ETF (NYSEArca: TAN) remains a catalyst-rich story for tactical investors to consider in 2020.

Increasing demand for PV inverters is a potential driver of TAN upside this year.

Roughly half of TAN’s 22 components are considered mid- and small-cap growth stocks, meaning the fund is ideally positioned to capitalize on equity market rally when the coronavirus situation is finally controlled.

“Evolving technical regulations and import tariffs continue to make the United States a challenging environment for suppliers to keep investing in next-generation products and hence, may also cause suppliers to exit the market,” said IHS Markit. “However. despite some of these challenges, it remains a highly lucrative market as suppliers fight to capture growing new installations and as customers seek ways to replace a growing installed base of aging systems, particularly in the utility-scale sector.”