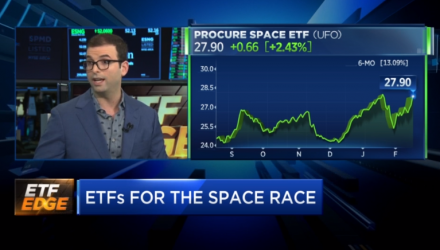 There truly is a lot of space up there, according to recent trends in the market. Space tours with Virgin Galactic (NYSE: SPCE) has seen its stock skyrocket in 2020.

This looks good for the Procure Space ETF (UFO), which has several holdings best reflected by these recent activities. CNBC’s Bob Pisani spoke about the current space UFO occupies on the market with ETF Trends CEO Tom Lydon and Andrew Chanin, CEO for ProcureAM, on ETF Edge. 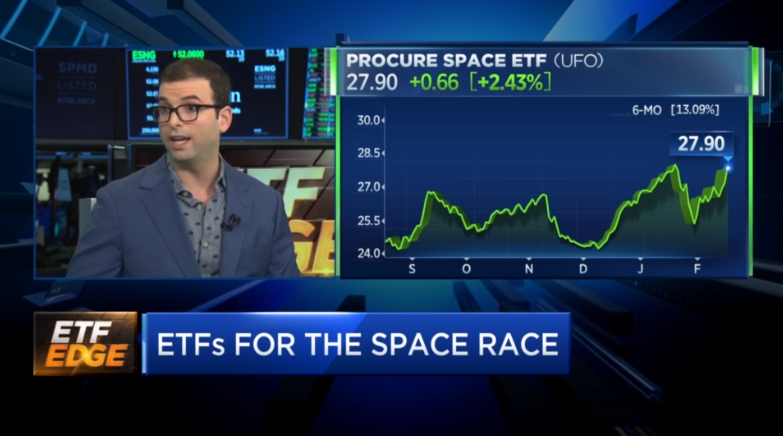 As far as what’s going on with Virgin Galactic, Chanin explains part of the success comes from more institutions picking up coverage, so there’s a lot more attention from the banks. Additionally, there’s a potential short squeeze mixing things up. And lastly, scarcity factors play a role as well.

“This is one of the only pure playing ways that investors can get exposure to space tourism,” Chanin notes.

Pisani adds how it’s not just Virgin Galactic, but also communication satellite stocks. There’s been a lot of movement. As far as what’s behind this movement, Chanin details how there’s a belief that the next wave of growth for the space industry will be coming from broadband internet communication. As a result, the amount of data being generated around the world with many of these new transformational technologies reliant on satellites means bringing some notable names back into play.

The Business of Space

With this sudden interest level reaching critical mass for public investors, Lydon states how it’s more than just an opportunity for the rich, but “the business of space.” Everything from the GPS to XM Sirius Radio to seeing C02 levels rising high in China, there is a real assistance to be found in how space business is being incorporated.

Lydon notes how UFO has specifically picked out companies that are going to grow in that area effectively. Chanin adds how there are indeed many companies that factor in as ones appropriate for space – namely ones specializing in communications and satellite imagery.

That in mind, some companies have had notable comedowns as recently as November. Chanin notes how the U.S. government began bringing up the opting towards 5G and the choice to have a lack of involvement from other foreign companies from other countries. It just shows how government actions can have an impact.