You are at:Home»Thematic Investing Channel»A Political Push That Could Benefit Some Thematic ETFs 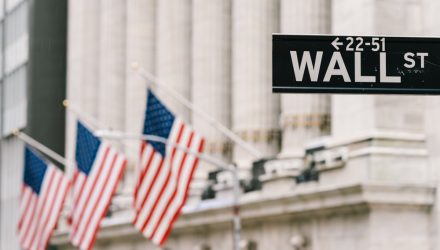 A Political Push That Could Benefit Some Thematic ETFs

Seemingly lost in much of the political chatter during the Democratic debates and primaries is a push by some candidates, including the notable contenders former Vice President Joe Biden and Sen. Bernie Sanders – to increase adoption of electric vehicles.

“Biden wants the U.S. to build 500,000 new public EV charging outlets by the end of 2030 and, if elected, would also restore the full federal tax credit for EV consumers and develop new fuel economy standards going beyond what the Obama administration put in place, according to his campaign website,” reports S&P Global Market Intelligence. “Sanders wants 100% of new vehicles to be electric by 2030 and would also invest in research to reduce the cost of EVs, build a modern smart grid and invest in a nationwide EV charging network, according to his campaign website.”

“The Democratic plans run in stark contrast to positions held by President Donald Trump, who has proposed eliminating the federal EV tax credit that gives consumers up to $7,500 and revoked California’s authority to set its own vehicle emissions standards,” according to S&P Global Market Intelligence.

“Biden’s EV plans lack details and might not be a big enough push for the industry, whereas Sanders’ plans could have a difficult time passing through Congress, according to experts. EV policies alone are unlikely to sway voters but could give the candidates a boost as part of broader platforms centered on environmental and climate change issues, experts said,” notes S&P Global Market Intelligence.