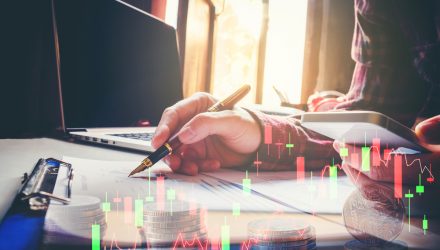 The Value and Importance of Currency Hedging in 2022

In an environment of global inflation and rising interest rates, advisors and investors should be aware of how changes in currency exchange rates can affect their international investments. A recent webcast featuring DWS and 3EDGE and moderated by Tom Lydon, CEO of ETF Trends, discusses short-term and long-term outlooks regarding currency, the currency outlook worldwide for 2022, and currency strategies that include currency hedging.

Dr. Liang Ding, co-chief currency strategist, macro research, at DWS, discusses the changes in positioning and valuation that were seen over the course of 2021, with the U.S. dollar beginning the year undervalued compared to other currencies and ending it overvalued.

“The U.S. dollar became the strongest currency last year, and actually the dollar had the strongest performance since 2016,” explains Dr. Liang Ding. “Retrospectively, the dollar’s trends looks easy to explain: the Fed’s hawkish and high-yield support of the U.S. dollar.”

Other factors that contributed were valuation and market positioning, U.S. growth, and asset attractiveness, but Dr. Ding doesn’t believe that all of these factors will carry over to 2022 performance. DWS expects that the U.S. will have a below-average growth differential this year compared to the rest of the world.

Despite the manufacturing PMI stabilizing in the last few months, the gap between performance and PMI has remained wide in the U.S. “What this tells us is that the positive information, we saw some stabilization of the sentiment, but this quality of sentiment in the real market isn’t reflected in the currency market yet,” Dr. Liang Ding explains.

Jason Chen, senior research analyst at DWS, discusses hedging strategy frameworks for the MSCI EAFE Index (which contains countries from Europe, Australasia, as well as the Far East) and how they can reduce volatility by 1.5–2% and provide a modest carry. Chen explains that the differential and volatility seen in currency markets are due to both the volatility of the currency as well as the correlation to their underlying equity markets. Hedging international investments is a necessary tactic to reduce risk.

“The reason it’s so important is that when you buy, let’s say for example, EAFE equities, and you don’t hedge them, what you’re doing is you’re effectively buying a basket of those currencies, and then you’re also buying the local equity market,” Chen explains. “In a way, you have 100% exposure to the currencies, and then you have an additional 100% exposure to the equities.”

“If you are an advisor, and you’re deciding to make ex-U.S. equity investments, you probably are better off going with a hedged product,” Folts says. “You’re taking on other, different exposures that are difficult to happen in terms of the currency.”

An example that Folts gives of the importance of hedging was the performance of Japanese equities in 2021, which performed strongly in the yen, the local currency, but after converting back to the USD, most of those returns were lost in an unhedged product due to the weakness of the yen.

“If you’re on the fence, we, as practitioners who are actively looking for ex-U.S. currency exposure, would be accepting of the currency risk, but if I’m an advisor, and I think that the U.S. market is significantly overvalued, think that there could be better value outside the U.S., now my feeling is that I would probably want to do that in a hedged way,” Folts explains.

Financial advisors who are interested in learning more about currency hedging can watch the webcast here on demand.