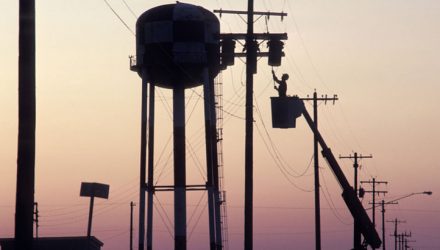 The Struggle is Real for Energy ETFs

For example, the Energy Select Sector SPDR (NYSEArca:XLE), the largest exchange traded fund dedicated to energy equities, is down about 15% year-to-date and is closing in on a dubious losing streak.

“As oil has dropped, the energy sector’s full-year profit expectations have declined as well. The 2017 annual earnings-per-share expectation has declined from about 340 percent at the beginning of the year to about 305 percent year-over-year growth, S&P Global portfolio manager Erin Gibbs pointed out,” reports CNBC.

Energy is the S&P 500’s seventh-largest sector allocation, a spot the group has occupied for some time. However, at 6%, energy is more than 50% the 9.2% allocated to consumer staples. Three sectors – healthcare, financial services and consumer discretionary – have more than double the weights in the S&P 500 than energy does while technology’s weight in the index is more than triple that of energy’s.