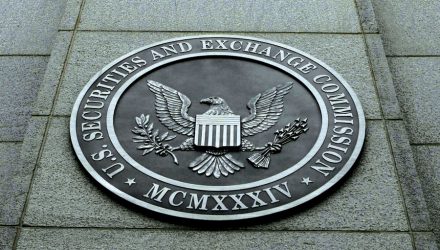 You may have noticed that we’ve had a little bit of volatility lately, and not just in Energy stocks.  Everything from Crude Oil to Muni Bonds has been through the ringer.  We’ve been writing about it so much that we’re running out of adjectives.  Unprecedented doesn’t seem to cut it anymore.  Once-in-a-lifetime seems hyperbolic when every week seems like a lifetime. Let’s just say: it’s been interesting.

The biggest disconnects, of course, happened in the bond market.  As I wrote about extensively 124 years ago (or maybe it was just a month ago), the problem wasn’t that ETFs traded to perceived discounts, plummeting below some Platonic idea of fair value, it was that Net Asset Values for bonds are inherently flawed.

The nut of the problem is simple: how do you assign a daily value for an asset which itself might not trade for weeks at a time?  It’s the same problem that collectors and real estate investors and young brides with fat diamond rings have faced since the invention of insurance. But in this case, it’s not just about insuring against loss; it’s about providing liquidity to your fellow investor.

The current best practice for any mutual fund or ETF based on the 1940 act is slightly muddy.  Over the years, the SEC has provided *some* guidance to fund boards on how to handle this situation.  Back in 1973, Paul Revere Investments kicked us off with a proposal (and subsequent no-action confirmation from the SEC) to have fund boards establish pricing committees, who would write down some basic policies and make sure they were followed.  Over the years, the SEC has knit together a patchwork of suggestions on how this is all supposed to work, most notably in a 1999 letter to the Investment Company Institute, which has been the primary guiding-principles-document for fund accounting nerds like me.  It says, among other things:

“… as a general principle, the fair value of a portfolio security is the price which the fund might reasonably expect to receive upon its current sale. Ascertaining fair value requires a determination of the amount that an arm’s-length buyer, under the circumstances, would currently pay for the security. Fair value cannot be based on what a buyer might pay at some later time, such as when the market ultimately recognizes the security’s true value as currently perceived by the portfolio manager. Funds also may not fair value price portfolio securities at prices which are not achievable on a current basis on the belief that the fund would not currently need to sell those securities. Thus, bond or similar funds generally may not fair value price portfolio securities at par based on the expectation that the funds will hold those securities until maturity if the funds could not receive par value upon the current sale of those securities.”

There’s a lot to unpack in that, but basically, it says, “the fair value you use has to be based on what you could actually get in a sale NOW, and your feelings don’t matter.”  It’s been good, solid guidance.  But let’s toss that out.

The proposed rule (full text here) ditches all of this guidance explicitly, rescinding the memos and no-action letters.  Instead, it adds a small amount of language to the ’40 Act, which says (in brief).

On the one hand, this is both timely and great.  It clarifies that fair-valuation of less liquid securities is, in fact, part of the investment management process, and something directly on the fund board’s plate.  That’s great.  On the other hand, we’re actually losing decades of pretty good guidance on what a fair valuation practice is supposed to do — for instance, the language I pasted above.

It’s early going here, of course.  This is the very first of what will likely be several drafts, and industry folks (myself included) will send in lots of letters suggesting they go even further — such as codifying the language from the 1999 letter.  It needs a bit more meat on the bones.  But I genuinely applaud the SEC for wading in right now.  It’s been clear to many of us that what’s busted in these “discount” panics is Net Asset Value, not the ETF structure. I honestly wouldn’t have expected the SEC to crank out 141 pages of rulemaking right now, with everything else going on.  But I’m glad they did.