You are at:Home»Featured»The Popularity of Passive Investments Could Be Contributing to Heightened Market Volatility 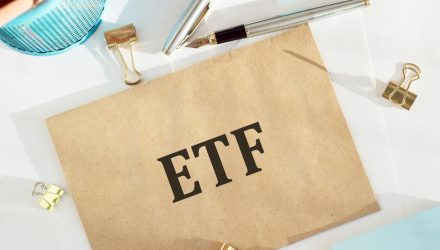 As the popularity of passive investments like exchange traded funds continues unabated, some warn that the growing adoption of index investing has contributed to the greater distortion of price signals and volatility in U.S. markets.

According to recent academic research, “How Competitive is the Stock Market?” Haddad, along with Paul Huebner and Erik Loualiche, examined trades conducted by institutional investors and found that the sharp increase in passive investors’ share of the market over the past two decades “has led to substantially more inelastic aggregate demand curves for individual stocks, by 15%.”

Passive investors exhibit a “demand elasticity” of zero, or they do not buy more of a stock if it becomes cheaper or less if they grow more expensive.

Meanwhile, an increase in the share of passive investments has pushed down the market’s aggregate elasticity.

The academics also discovered that almost half of the decline in the proportion of active investors has translated into a reduction in overall demand elasticity.

“Passive money is not paying attention to any information. Efficient market hypothesis proponents say it’s not a big deal because others will come in,” Haddad said.

“But not enough people are showing up to trade. You have less information in the market, less aggressive trading, less accurate prices, and a more volatile market,” he added.

Haddad even argued that the rise of algorithm-driven high-frequency traders was not enough to offset the dip in market efficiency triggered by a reduction of fundamentally driven active market participants.

“HFT does offset it to some extent. It makes prices liquid but it doesn’t help on the longer-term horizon. Nobody is there to take a long view,” Haddad added.

Stock prices would be more accurate and volatility lower if more traders were actively involved with the market ecosystem, according to Haddad.

Another academic, who declined to be named, argued that the findings were “not necessarily surprising,” pointing to the size of the big index fund sponsors like BlackRock, Vanguard, and State Street Global Advisors, and how much they have contributed to the float of public companies.