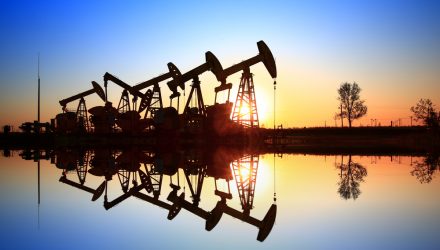 The Momentum in Energy Sector ETFs Could Continue

The energy sector and related exchange traded funds could find renewed support from large money funds and institutional investors as many who previously shunned dirty fossil fuels on pressure from climate change activism are now taking a second look.

Over the past few years, endowments, pension funds, and other so-called institutional investors have trimmed their exposure to the oil-and-gas industry due to losses, concerns about climate change, and growing activism for social good, the Wall Street Journal reports.

However, the surge in the energy sector is drawing back some investors, with the S&P 500 Energy Sector Index up 40% so far in 2022.

“The combination of high commodity prices and increased geopolitical relevance is forcing many institutional investors to rethink their aversion to hydrocarbon investments,” Dan Pickering, founder of Pickering Energy Partners, tells the WSJ. “The upside is too compelling to ignore, so they are dipping their toes back in the water.”

Projections now outline a world that might face energy shortages in the years ahead, which suggests ongoing near-term upside for those willing to back fossil-fuel producers.

Despite the world’s focus on transitioning to cleaner energy sources, short-term factors and supply constraints have some investors reconsidering their avoidance of the traditional energy sector.

For example, Wil VanLoh, Quantum Energy Partners’ founder, heard concerns from potential investors that the transition to cleaner energy sources meant there would be little demand for new oil and gas development. However, after the Russia-Ukraine war, Quantum is re-engaging these very same doubtful investors, who are now expressing an interest in oil and gas.

“The difference in tone and receptivity since the Russian invasion has been amazing—it has been a 180-degree change in three months,” VanLoh tells the WSJ. “Last year, we had to convince people the oil and gas business would be around in five to seven years.”

“For a long time there were crickets in the industry,” Demicco tells the WSJ. “The uncertainty surrounding energy was mind-numbing and endowments and others stepped back from energy, but there is new interest and investments are coming.”