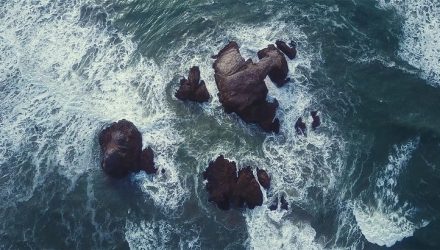 The Impact of Volatility on Investment Returns

In a previous blog post, “The Importance of Avoiding Large Losses,” we discussed the impacts of large losses on portfolios and wealth creation. Certainly anyone who lived through the dot-com crash of 2000-02 or the financial crisis of 2007-09 is well aware of the damage losses of 30%, 40% or 50% can have on a portfolio.

What many people don’t know, however, is the impact that volatility has on the long-term success of an investment plan. If bear markets can be described as a rare but catastrophic flood, everyday volatility can be thought of as water damage slowly eroding away the foundations of your house. 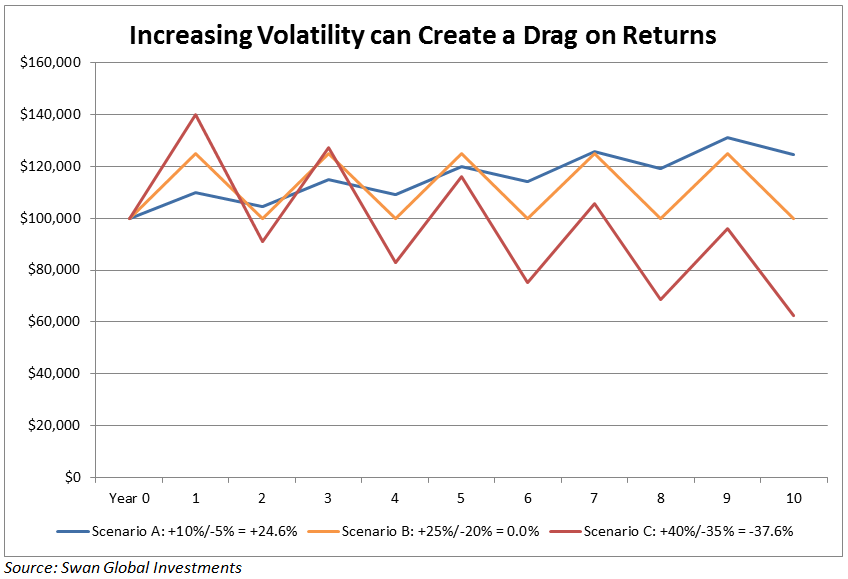 Again, we start with a simple illustration. If one were asked which of the following three scenarios would yield the best ten-year results, one might be tempted to choose the last of these three options:

In fact, the opposite is true. After a decade:

This phenomenon is known as volatility drag. Also called variance drain, volatility drag was detailed in a 1995 paper by Tom Messmore titled “Variance Drain – Is your return leaking down the variance drain?”. Messmore observed that the more variable a given asset’s return is, the greater the difference between the arithmetic and geometric returns.