You are at:Home»ETF Strategist Channel»The Goldilocks Economy Pushes Into Another Year 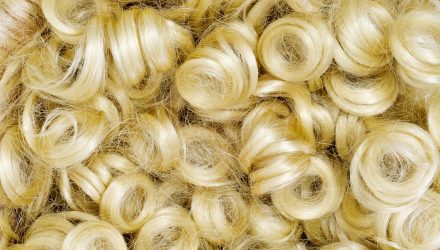 The Goldilocks Economy Pushes Into Another Year

A Goldilocks economy may be defined as an economy that is neither too hot nor cold, sustains moderate economic growth, low inflation, and allows for a market-friendly monetary policy. We think the U.S. economy falls within the Goldilocks definition at this time.

Domestically, market-based inflation expectations are showing a lack of inflationary pressure (exhibit 1), so we do not see a need for the U.S. Federal Reserve (Fed) to alter their current course. A slow reduction of the U.S. balance sheet and gradual rate hikes should be fine as long as the yield curve does not flatten significantly.

Additionally, Jerome Powell will likely take over for Janet Yellen as Chairman of the U.S. Federal Reserve in February, assuming the Senate confirms him, and is expected to keep the Fed on the same course. We think the change in leadership will cause little disruption. 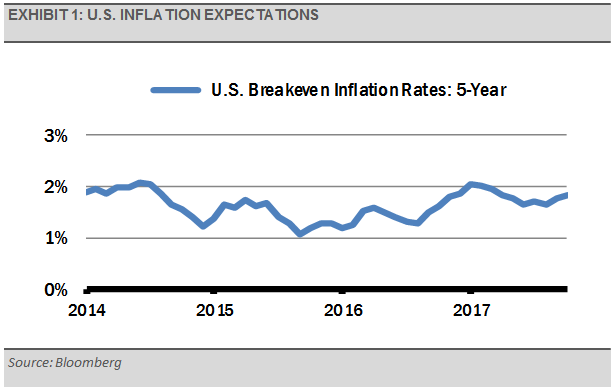 For example, October manufacturing surveys, a component of the leading economic indicators, demonstrate that developed economies, such as the U.S., euro zone, and Japan, continue to perform well. As a result, the global manufacturing surveys rose to their highest level since early 2011. In fact, the U.S. economy looks to have been particularly resilient in the face of Hurricanes Harvey and Irma. 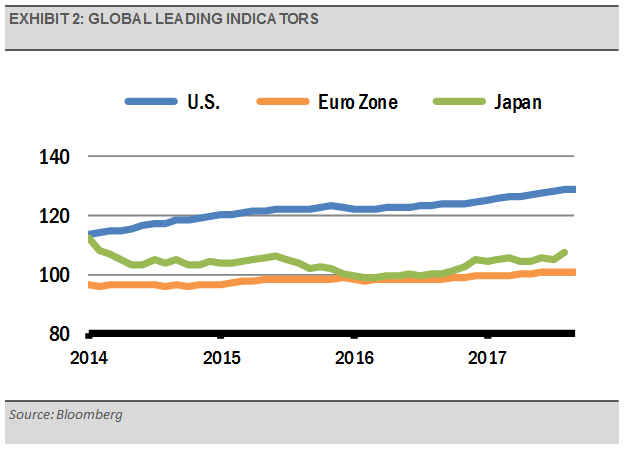 For instance, consumer spending is up, as is business investment, which offsets the lack of business lending growth. Even productivity, which is a key input to economic growth, came in at a strong 3% last month. Meanwhile, the recent depreciation of the U.S. dollar should add a tailwind to the already strong global demand for U.S. exports.

The fixed income markets also support the Goldilocks economic scenario. The U.S. yield curve, which is a sign of economic growth and inflation expectations, has flatten as a result of the Fed’s policy tightening. However, yield curve measures in Europe and the emerging markets look good (exhibit 3). Additionally, credit spreads, which tend to lead equity market volatility, project market stability for the months ahead (exhibit 4). While we expect an increase in equity volatility, we expect it to be limited. 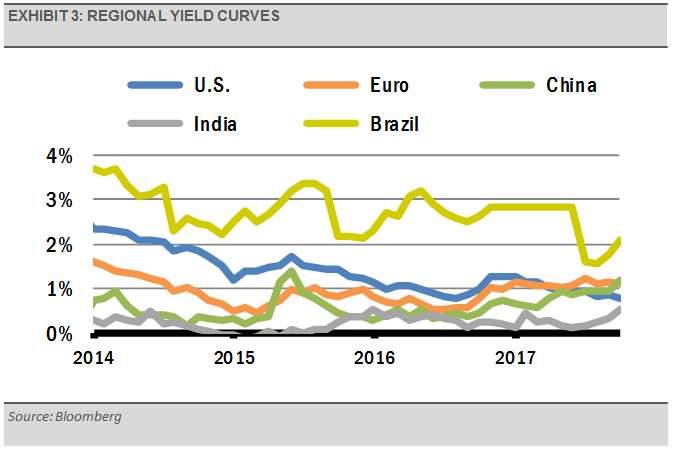 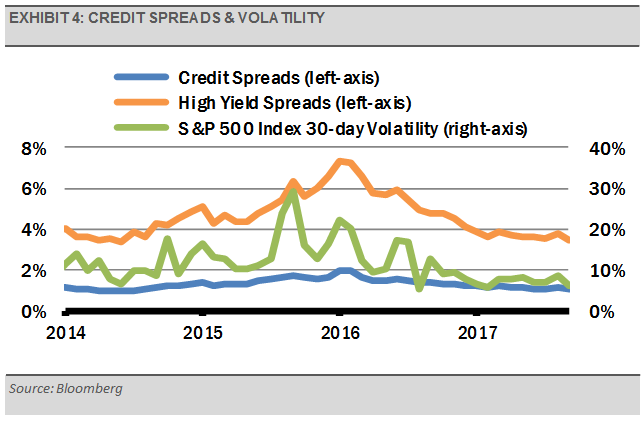