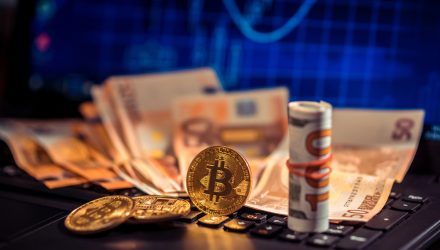 I’ll be honest; I have mixed feelings about Bitcoin. It’s not that I’m a crypto-skeptic in general. I’ve been bullish on blockchain and 90% of the cool business models that have emerged, from stablecoins to Central Bank Digital Currencies to NFTs and swap-exchanges on the Ethereum blockchain. But the long-term use case for Bitcoin specifically I still struggle with. It may be that simply calling “first” here is enough, and thus Bitcoin will ultimately be a primary crypto store of value, used mostly for staking and collateral purposes.

But that’s not actually my point today. My point today is about the Grayscale Bitcoin Trust (GBTC). I’m going to use GBTC as a bit of shorthand because I’m certain enough that in all the ways that matter, all of the other similar products (BITW, ETHE, etc.) have at least notionally similar if not identical qualities.

So What Is It?

GBTC is, on the surface, an elegantly simple thing. It’s a trust — a special kind of entity, almost always formed in Delaware, which acts as a kind of limited purpose corporate entity. In this case, the trust (which is actually trusted by the Delaware Trust Company, which is behind a bazillion little entities like this) exists solely to invest in Bitcoin.

Making a Delaware Statutory Trust is not hard – you pay your $400 (last time I did it; I’m sure it’s more now), and you file some paperwork. But there’s no real approval. The trust becomes a legal entity with certain mechanisms for conducting its business.

In the case of GBTC, the only business conducted by the trust is:

This latter little nuance is why we care about GBTC at all. It’s effectively a loophole in the exchange regulation system, where a trust like this can list its shares for public exchange, and investors can trade those shares amongst themselves at whatever price they like.

There is one other thing that GBTC can do according to its Trust Agreement, which is process redemptions. They have the language in there that suggests they could take a bunch of shares from Authorized Participants, and in return, give them back Bitcoin. That would, in essence, make GBTC a kind of ETF. But they can’t actually do that because in 2014-2016 when they actually tried to use this feature, they got their hand slapped by the SEC, paid a fine, and shut it down until they get new approval. It’s been 5 years. I think we can assume it’s not coming.

“The staff stated that it had concluded that the Trust’s redemption program, in which Shareholders were permitted to request the redemption of their Shares through Genesis, appeared to violate Regulation M under the Exchange Act because such redemptions of Shares took place at the same time the Trust was in the process of creating Shares. On July 11, 2016, Genesis and the Trust entered into a settlement agreement with the SEC whereby they agreed to a cease-and-desist order against future violations of Rules 101 and 102 of Regulation M under the Exchange Act. Genesis also agreed to pay disgorgement of $51,650.11 in redemption fees it collected, plus prejudgment interest of $2,105.68, for a total of $53,755.79. The Trust intends to seek an exemption from the SEC under Regulation M in order to reinstate its redemption program, but cannot at this time predict whether it will be successful in obtaining such regulatory relief.”

To my knowledge, this remains the status quo and effectively the guiding rule for all of the trusts that followed. So let’s recap where that leaves us:

What this means is that the fund acts essentially as a closed-end fund, but one which:

As effectively a closed vehicle, the fund has historically traded at high premia. Here’s a chart:

Back in the dark ages of 2017, when you couldn’t buy Bitcoin at Fidelity or with Robinhood or with Paypal and when you couldn’t buy an ETF in Europe or Toronto, people paid big money to get exposure to bitcoin through GBTC. And to be honest, you did pretty darned well if you bought GBTC no matter when you bought it. It’s trading near all-time highs even with the discount thanks to Bitcoin’s Bieber-Esque rise.

Except now we have all these other easy ways to get exposure, and GBTC’s 100% premia have collapsed to discounts. “But Dave,” I hear you say. “Closed-End Funds trade at discounts all the time, and nobody cares!” To which I would reply: a lot of CEFs have significant yields, and as discounts appear, those yields go up. For many CEF investors, that’s all that matters. But Bitcoin doesn’t yield anything. It simply is. So that CEF cushion doesn’t exist.

So here’s the thought experiment. If you own GBTC right now in your brokerage account, at a 5% discount, why do you think it will go up? The only possible way to get your money out of GBTC is to find someone else on the OTC market to buy it from you. And why would they buy it from them?

And you won’t be the only seller. Here’s a quick grab from GBTC’s page at the OTC:

What that means is that the supply of tradable shares is about to go up a lot. So who buys all that?

One answer might be short-sellers: there are 14 million shares still reported short by OTC, but even covering that will only absorb 5% of the selling pressure were looking at. With no redemption mechanism and not even any current mechanism for buybacks, it would seem to me that GBTC is headed for a world of perpetual discounts, as it becomes easier and easier to buy Bitcoin elsewhere; in better and cheaper packages.

So What Big Deal

Is it possible this situation could be fixed? Sure. The SEC could change its mind and allow redemptions. The Trust could suspend creations to turn on redemptions in an attempt to get around the Reg M concerns. They could close the whole thing down.

But where’s the incentive? At the moment, GBTC holds $32 billion in bitcoin, throwing off $640 million a year in fees (read that number again, I mistyped it the first time because it’s a lot.). With no way for that money to come out, Grayscale will just pocket that 2% essentially until the end of time. While this is obviously a nice annuity for Mike Sonnenshein (Grayscale’s CEO) and the team (and they are genuinely some of the nicest folks I’ve ever met, so good on them), there’s not actually all that much work involved in keeping the lights on this thing.

And if you’re a Bitcoin fan, it’s probably worth understanding that Grayscale is the ultimate Diamond-Hand HODLer. There is literally no current to get the bitcoin back out into the market. It’s a roach-motel for crypto — all of these OTC traded structures are. The coins go in, but they don’t come out.

I just thought that might be worth pointing out. You know, in case the SEC was still on the fence about why approving a Bitcoin ETF might be helpful.

Dave Nadig is the CIO and Director of Research at ETF Trends and ETF Database.  You can find him on Twitter @DaveNadig.