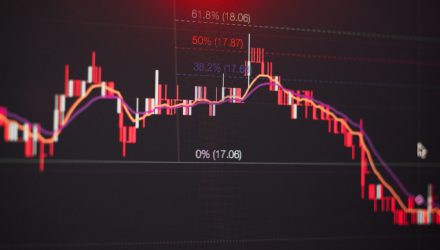 The Fierce ETF Fee War Is Even Dragging Down Active Funds

The escalating fee war in the exchange traded fund industry has been so widespread that it is even having a significant impact on actively managed funds.

According to Morningstar, an annual study revealed that average expense ratios have halved in the past two decades, falling to 0.41% of the total amount invested in all funds in 2020 from 0.93% in 2000, helping investors save an accumulated $6.3 billion in fund expenses in the past year alone, the Financial Times reports.

“Worldwide, fee compression is the norm, marking a revolution by evolutionary means,” Amin Rajan, chief executive of Create Research, a consultancy, told the Financial Times. “While mega indexers have been able to pass on the benefits of their super scale via lower fees, active managers are forced to reboot their business models to deliver better performance at lower costs.”

Ben Johnson, director of global ETFs and passive strategies research at Morningstar and author of the latest research note, noted that while broad passive index-based funds were at the front lines of the ETF fee war, the growing expectations of cheaper fees have even affected actively managed funds. With fees for some of the largest broad-based passive funds at or near zero, it was inevitable that active funds would also follow suit.

“Active funds are starting from a higher level and have further to fall,” Johnson said.

“I think one of the things that continues to stand out is the relentlessness of the move downwards [in fees]and how acutely focused investors have been on fund costs,” Johnson said. “From an investor’s perspective, there is lots to celebrate. They’ve been the ones with their hands on the steering wheel.”

Johnson also cautioned that the transition to fee-based advisory models and away from bundled fees was another factor to consider along with the dip in fund fees. While advisers often recommend cheaper funds, investors still paid for the more efficient investment advice.

“I think it’s important that investors take a step back and know that there are other things that they are paying for,” Johnson added.