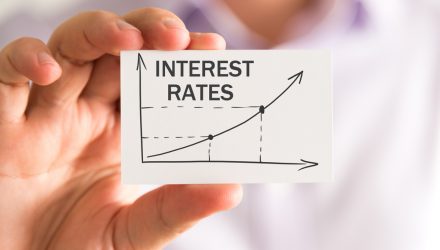 The Benefits of Defined Outcomes in a Rising Rate Environment

Defined outcomes aren’t new by any means, having been available through insurances and bank offerings, but Innovator ETFs has wrapped them up within their ETF suite to offer advisors and investors opportunities to harness their potential within portfolios. In a recent webcast moderated by Tom Lydon, CEO of ETF Trends, Innovator ETFs’ co-founder and CEO Bruce Bond and Vice President of product and research, Graham Day, discussed the potential benefits of defined outcomes for a portfolio in a rising rate environment.

Innovator ETFs has experienced its strongest quarter ever in this first quarter of 2022, bringing in almost $1 billion in flows, Bond explains, highlighting the interest in funds that can potentially do well when rates are on the rise.

“You have to rethink the traditional 60/40. Advisors are looking for places to put the bond money to work, but where do you go?” asks Day. “Do you go unhedged equities, do you go into commodities? They seem like they may be peaking, and so that’s where we are having our conversations on how to incorporate these buffer ETFs into their clients’ portfolios.”

Buffered ETFs are something that Day believes are fairly simple because they are transparent in what they own; the Innovator ETFs offer upside potential to the S&P 500 over the period of a year while also offering downside protection that is clearly communicated.

“It’s very clear that equities perform better than bonds as the Fed is hiking,” Day says. While bonds previously received tailwinds from higher yields, the current environment of lower yields equates to a headwind for bonds.

Previous Fed rate hiking cycles when inflation was near its current numbers have always led to a recession, which makes investing in stocks difficult as well. The defined outcomes buffer ETFs offered by Innovator have clear caps on the equity performance, which they have recently increased, allowing advisors and investors to understand exactly what they have and the percentage of buffer against loss.

“This is an ideal product to consider as you’re trying to get away from bonds but get some growth in your portfolio, but not have all the risk of that equity market,” Bond says.

To get the full benefit of the ETFs, which have new options each month and run for a year, Bond recommends being invested in the fund for the entirety of the twelve months, but for advisors who wish to enter or exit the fund partway into a year cycle, or want a prediction of the potential outcome, the Innovator website has tools to help calculate all of it. Investment exposures include U.S. large-cap, U.S. small-cap, U.S. growth, international developed, and emerging markets, with a buffer ETF.

“If you think the market is going to drop 20%, it would be nice to have a 15% buffer. The good news is that, let’s say, the market drops 20% over the first six months. As Bruce mentioned, that 15% buffer will be fully realized over the one-year outcome period, but you would experience significant mitigation in terms of volatility over that timeframe,” Day says.

Financial advisors who are interested in learning more about defined outcomes investing can watch the webcast here on demand.