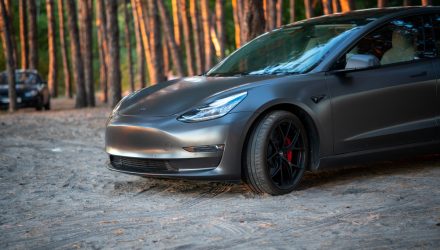 The EV maker late Wednesday announced a record profit of $3.3 billion for the first three months of 2022 and indicated that production could keep expanding despite shutdowns in China due to a spike in Covid-19 infection rates. Chief Executive Elon Musk added the company could churn out more than 1.5 million vehicles in 2022, or up 60% year-over-year.

Tesla has already delivered around 310,000 vehicles globally over the first quarter, compared to 184,877 for the same period a year earlier. Musk, though, warned that input costs were causing difficulties after a jump in prices for raw materials like lithium and nickel.

Tesla has raised its electric vehicle prices in China, the United States, and other countries after Musk stated the electric carmaker was facing significant inflationary pressure due to surging raw material prices and ongoing logistics hurdles amid the crisis in Ukraine, Reuters reports.

“Our own factories have been running below capacity for several quarters as supply chain became the main limiting factor, which is likely to continue through the rest of 2022,” Tesla said in a statement.

The price increases will help cover higher costs over the next six to 12 months, which also protects the company on orders for vehicles that it may not deliver for a year.

“Chinese production issues seem well managed, and we expect Austin and Berlin to make up the slack from Shanghai’s 19-day outage,” Irwin added, referring to Tesla’s two new factories in Texas and Germany which have begun deliveries