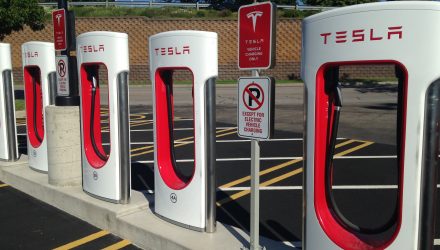 Tesla Misses on Bottom Line but Forecasts Profits in Second Half

Tesla (TSLA) released its quarterly results on Wednesday, with a loss wider than what analysts expected. For losses, Tesla reported -$3.06 per share, higher than the forecast of -$2.92 by Thomson Reuters. On the top line, Tesla had $4.00 billion in revenue, beating estimates of $3.96 billion.

Tesla shares rose roughly 9 percent to $329.30 in after-hours trading. Tesla said that it finished a major cost restructuring plan over the last quarter, a step forward in making the company profitable in the third and fourth quarters.

Cash burn also decreased significantly, dropping to $700 million during the last quarter compared to $900 million in the first quarter.

Also within the letter to shareholders was a new promise to raise its Model 3 production target from 5,000 to 6,000 sedans per week by late August.