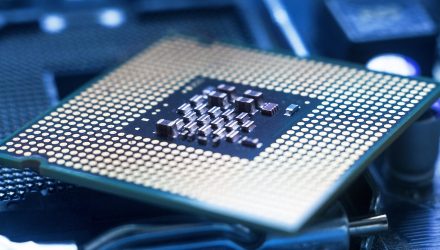 Temper Expectations For Chip ETFs in 2019

Those well-known semiconductor exchange traded funds posted an average 2018 loss of just over 8%. Some analysts believe chip stocks could struggle again in 2019. RBC analyst Amit Daryanani said Friday in a note titled “Semiconductors: 2019 The Hangover Year?” that the group faces challenges this year.

“We see risk that total semiconductor revenues are down in 2019 by low-to-mid single digits though much of this is attributed to memory headwinds (Excluding memory total semiconductor sales will end-up flat to up modestly),” said the analyst, according to Business Insider.

“Besides industry headwinds, regulatory pressures on semiconductors are also heavy. In March, President Donald Trump blocked the $117 billion Broadcom takeover of Qualcomm on national security grounds,” reports Business Insider. “And in July, Qualcomm’ $44 billion bid for NXP collapsed as China, the ninth and the last global antitrust regulator needing to approve the deal, hesitated due to ongoing trade tensions.”

Investors could be paying up for future catalysts for semiconductor and broader technology names. If there is a silver lining for the rising valuations on chip stocks it is that some industry observers believe the group’s valuations should not be measured in the traditional sense because of the evolution of the semiconductor business

“Given the challenges surrounding these recent deals, 2019 is unlikely to be a good year for mergers and acquisitions as investors are unlikely to discount execution risk, especially given a slowing macro environment, Daryanani said,” notes Business Insider. “He added that global competition in next-generation networking and aerospace would be good news for the industry.”