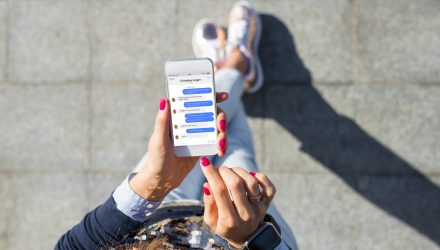 Even with the pressure on Apple, the largest component in a slew of cap-weighted technology ETFs, some technical analysts see opportunity in the sector.

“Technically, we’ve been able to recoup a lot of that damage that’s been done over the last couple weeks. And so [tech sector ETF]XLK for me is still an area you want to be in near term. I’d look to buy any dips like we’re seeing, thinking that into the midterms and throughout November and December we could see some further upward progress,” said Newton Advisors President Market Newton in an interview with CNBC.

Last week, Apple reported that it posted a quarterly revenue of $62.9 billion, which represented a 20% jump from the same time a year ago, as well as, a quarterly earnings per diluted share of $2.91–a rise of 41%. Earlier this year, Apple became the first U.S. company to cross the $1 trillion market value level.