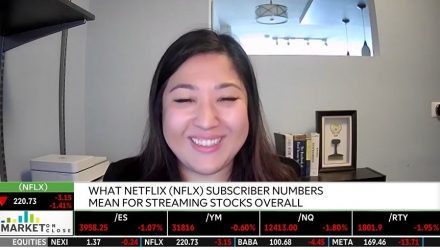 Roxanna Islam, CFA and associate director of research at VettaFi, recently appeared on TD Ameritrade to talk about the sustained growing interest in streaming and gaming and the longer-term trend for the sector with host Oliver Renick.

“I think we’re still fighting off some of these broad assumptions, and I would call them misconceptions too, that the reopening of the economy would reverse a shift in demand for some of these businesses that people consider stay-at-home plays, and that includes the streaming sector and companies like Netflix,” Islam said.

That reversal has failed to manifest as streaming and gaming have bucked the pandemic trend that saw other sectors like e-commerce experience a significant boost from stay-at-home policies that then fell off as people returned to in-person work and a more regular cadence to life. Video streaming, in particular, has experienced substantial growth in the last two years, approximately 20%, and continues to grow at a faster rate, with audio streaming following a similar trend.

“It’s important to remember that it’s less a relationship between staying at home and all of these being a sort of pandemic play, and it’s sort of more of a long-term shift in consumer habits and how we actually digest our entertainment now,” Islam explained.

Netflix is often used as a prime example of the video streaming performance as a space. With subscribers having fallen off recently, the temptation to make it a broad assumption for how video streaming is trending exists. Ultimately the issues that plague Netflix are specific to the company and not the sector as a whole, however. Netflix is a pure-play streaming company, offering video streaming only for a monthly fee, unlike many of its competitors that provide individual transactional fee options and the ability to watch movies that have recently moved from theaters to streaming services.

“I think that’s really the part where we’re seeing a lot of the shift take share from the movie theaters; obviously, movie theaters have sort of been suffering over the past couple of years, let’s call it, but it’s been a longer trend-track that we’ve seen the past ten years or so and it’s only worsened since the pandemic,” explained Islam.

Moving on to discuss audio streaming, Islam discussed the innovation that Spotify exhibits in the move away from physical audio to digital and the algorithms that Spotify has developed to keep its user base engaged.

“Now with Spotify, you can listen to the album once, and then Spotify puts that into their algorithm, and they spit out these daily and weekly playlists for you in these custom radio stations, and now you’re just here discovering more music, spending more time on that streaming service,” Islam said.