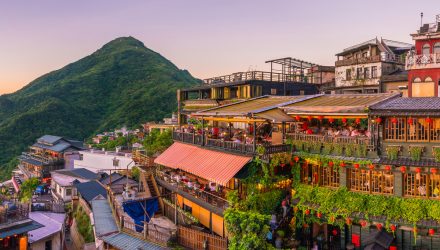 Taiwan Semiconductor Manufacturing Company, which makes Advanced Micro Devices’ (NasdaqGS: AMD) 7-nanometer semiconductor chip, rallied after Intel announced it was pushing back production on its own 7-nanometer chips by at least six months due to a “defect mode” and may even resort to utilizing “somebody else’s foundry” to make them, MarketWatch reports.

“Given the new timeline, we believe it’s near impossible for Intel to catch/surpass TSM in the next half decade, accelerating competitive pressures (AMD),” Susquehanna analyst Christopher Rolland told MarketWatch. “While not probable, we believe it makes sense for Intel to sell some of their leading-edge fabs to TSM, given the fungibility of Intel’s state-of-the-art fabs/equipment.”

Beyond the Friday events, Chung-Hua Institution for Economic Research projects Taiwan’s economy will expand 1.77% this year as the island nation’s ability to quarantine itself from the coronavirus outbreak and government stimulus measures help support an economic expansion, Forbes reports.

“We expect Taiwan to do better as restriction in mobility is much less,” Alicia Garcia Herrero, Chief Asia-Pacific Economist with the French investment bank Natixis, told Forbes, comparing the country to other Asian economies.

Furthermore, Taiwan’s manufacturing sector, notably its tech firms, has been enjoying higher orders from people around the world as more purchase new devices in a work or study at home environment.

“Consumption is holding up well thanks to fiscal stimulus,” Garcia added.