The euro’s initial “strange” reaction to today’s super-sized (and not fully priced in) 75bps European Central Bank (ECB) rate hike started to look more rational once we checked the ECB’s updated forecasts, which show that European inflation is expected to remain above the target until 2024 (see chart below). This means that the ECB will have to continue frontloading hikes – at a brisk pace. The market is currently clamoring for another large move in October (+82bps), followed by +50bps in December. The next stop in developed markets (DM) is the U.S. Federal Reserve’s (Fed) meeting on September 21, and the Fed Funds Futures point to the repetition of July’s outcome with another 75bps rate hike.

The latest inflation prints in emerging markets (EM) suggest that many central banks are not yet in a position to stop hiking. Hungary’s so-called downside inflation surprise was rightly ignored by the market, because headline inflation accelerated to 15.6% year-on-year in August, while annual core inflation surged to whopping 19% (!). The central bank is acting very pro-actively, but there are persistent concerns on the fiscal side, as the pace of the post-election adjustment might be too slow. Mexico’s headline inflation surprised to the upside in August (8.7% year-on-year), and annual core inflation rose above 8% – a strong signal that the central bank will raise the policy rate by 75bps at the end of the month. Chilean prices also rose by more than expected last month (14.1% year-on-year), but the central bank might have room for a smaller hike after a hawkish surprise (+100bps) a few days ago.

Somewhat better inflation optics in EM Asia allows regional central banks to move in smaller steps. Malaysia opted for a measured 25bps hike today – the third in a row – and the consensus expectation is for more tightening (+126bps in the next twelve months), albeit the pace might be affected by the 2023 budget details (out before the next rate-setting meeting). China’s inflation is out this evening, and the consensus expectation of continuing producer price disinflation and barely changed annual headline inflation should reinforce easing policy bias, as the growth outlook continues to weaken (some sell-side analysts cut their 2022 growth forecasts below 3%).

Chart at a Glance: Big Changes in Europe’s Forecasts 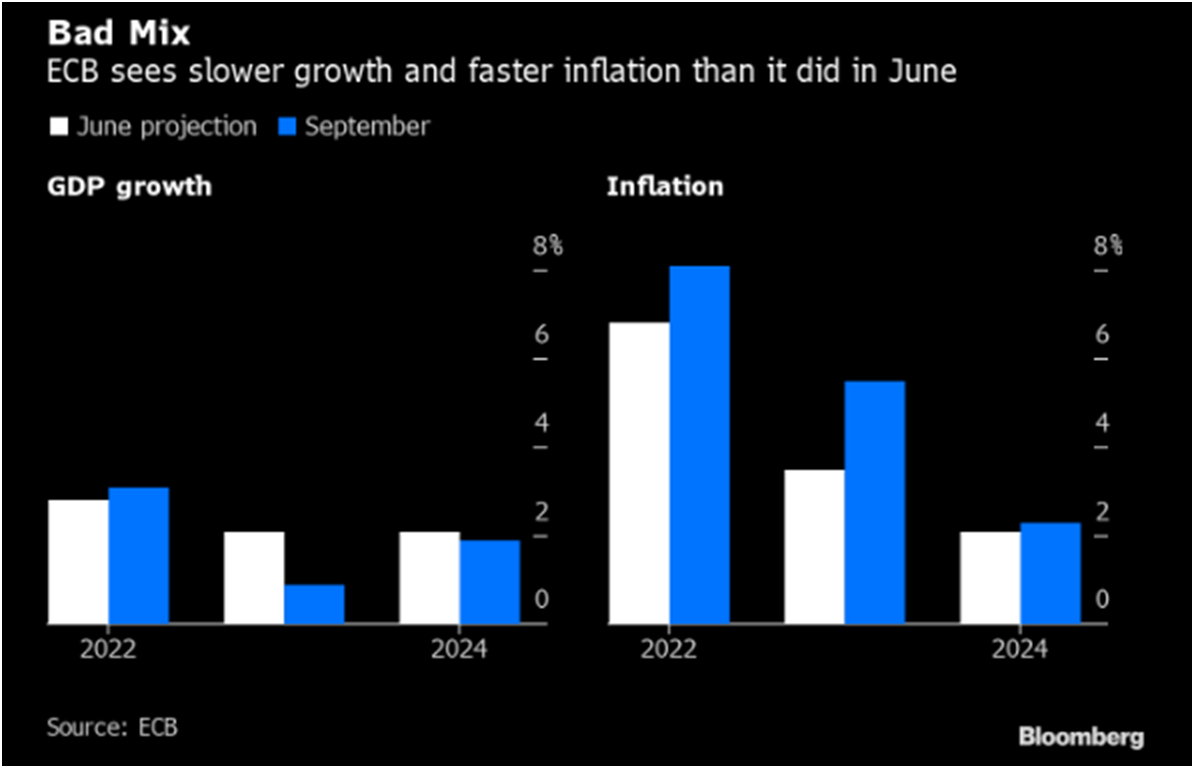 Originally published by VanEck on 8 September 2022.