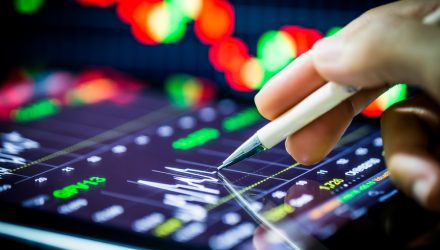 Those with junk grades sport higher yields to compensate investors for higher risk. Indeed, there’s a divide between investment-grade and junk bonds and it’s one that, at the corporate bond level, the VanEck Vectors Moody’s Analytics BBB Corporate Bond ETF (MBBB) can help investors capitalize on while avoiding excessive risk.

MBBB tracks the MVIS® Moody’s Analytics® US BBB Corporate Bond Index and is an investment-grade fund, but its approach to credit is a departure from traditional funds in this space. Rather than weighting by issuer size, MBBB focuses on valuation opportunities and reducing default risk, the latter of which should be of the utmost importance to all corporate bond investors.

“For Baa3-rated bonds, the average corporate spread to seven-year Treasurys was 220 basis points from 1991 to 2020,” according to Moody’s Investors Service. “For Ba1-rated bonds, the spread jumped to 305 basis points over the same period. In addition, historical loss rates show that the Baa3/Ba1 divide delineates a difference in credit losses that is larger than at most other points on the rating scale.”

Nearly all of MBBB’s 129 holdings are rated BBB. The ETF’s emphasis on limiting downgrade risk is of particular note to investors because some investment-grade bonds in BBB territory are candidates to eventually become junk debt.

MBBB’s prioritization of credit quality is also relevant because the fund allocates almost 38% of its weight to ex-U.S. issuers, some of which are emerging markets firms.