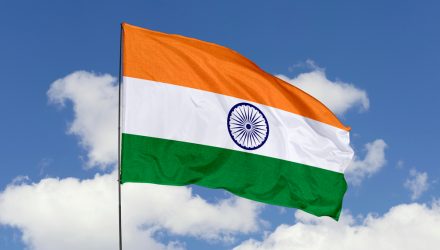 With GLIN, Investing in India Is Intriguing

China will certainly loom large for investors considering emerging markets exposure this year, but simply because that’s the world’s second-largest economy doesn’t mean market participants have to embrace it when they allocate to developing economies.

Last year, Indian equities and exchange traded funds, such as the VanEck Vectors India Growth Leaders ETF (GLIN), proved to be better bets. GLIN is higher by more than 18% over the past 12 months, while the MSCI Emerging Markets and MSCI China indexes are lower by 13.48% and 32.7%, respectively.

GLIN tracks the MarketGrader India All-Cap Growth Leaders Index, which enables the ETF to set itself apart from the pack of rival India ETFs. While many of GLIN’s rivals are cap-weighted, the VanEck ETF’s underlying index “consists of fundamentally sound Indian companies that exhibit attractive growth potential at a reasonable price.”

That methodology positions investors on noteworthy growth trends in Asia’s third-largest economy without having to pay up for that privilege, and that’s relevant because India is an increasingly digital economy.

“India’s digitization started back in July 2015 when Prime Minister Narendra Modi launched the Digital India program with the vision of transforming India into a digitally empowered society and knowledge economy,” says Nicolas Fonseca, VanEck associate portfolio manager. “The government expanded broadband internet and created a digital-payments system so that everyone has access to a bank account as well as a secure digital locker to store and verify documents, among other things. In addition to these forward-looking government initiatives, India’s demographics play a key role in its digital transformation.”

GLIN is levered to the trend of more digitization in India via a 29.5% allocation to technology stocks — the ETF’s largest sector exposure. That’s an important trait for investors to consider because India’s younger demographics are among the most tech-savvy in the world.

“Its middle class has been driving digitization and it is estimated that India will add about 140 million middle-income and 21 million high-income households by 2030, with a vast majority already owning a mobile phone,” adds Fonseca. “Extremely low data costs has helped drive this growth in mobile penetration. Having a mobile phone with internet access is a useful proxy for digitization because it provides a large segment of the population access to many of the latest developments at the touch of their hands.”

Another trend to watch is India’s initial public offering market. The country is home to 84 unicorns, some of which are expected to go public this year and some of which could eventually find their way onto GLIN’s roster.