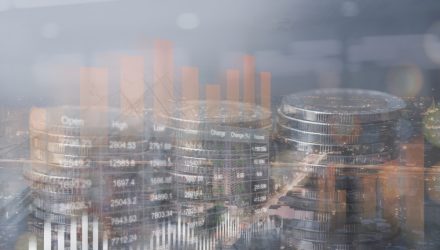 MOAT has an international counterpart — the VanEck Vectors Morningstar International Moat ETF (MOTI) — and it’s an exchange traded fund to consider today, particularly for investors seeking to add some international diversification to their portfolios.

MOTI, which debuted in July 2015, follows the Morningstar Global ex-US Moat Focus Index. Like its domestic counterpart, MOTI’s objective is to identify wide moat stocks trading at attractive valuations. Currently, MOTI is home to several stocks that make the grade as among the best international stocks to own as designated by Morningstar.

“We used the moat rating as a starting point to compile a list of the best companies you can own. As the best companies in our coverage universe, they have wide economic moats, the strength of their competitive advantages is either steady or increasing, they have predictable cash flows, and they allocate their capital effectively,” said Morninstar analyst Ruth Saldanha.

International equity benchmarks, particularly those focusing on developed markets, often sport value tendencies. To that end, it’s not surprising that some of the top international stocks to own hail from sectors such as healthcare and consumer staples. Those groups combine for nearly 19% of MOTI’s roster, according to issuer data.

“Consumer defensive and healthcare are the most represented sectors on this list, with six companies each. Industrials is close behind with five companies,” notes Saldanha.

“AB InBev is well-positioned to exploit secular growth in several of its markets. In Latin America and in Asia, combined almost two thirds of consolidated EBIT, the consumer is trading up into premium global brands, and AB InBev holds a strong portfolio with Budweiser, Corona, and Stella Artois. Developed markets, on the other hand, are likely to remain fragmented and competitive,” says Morningstar analyst Philip Gorham.

Yum China and InBev combine for nearly 3% of MOTI’s weight. None of the ETF’s 72 holdings exceed allocations of 2.57%. Other names on the Morningstar list of top international equities to own that also reside in the MOTI portfolio include GlaxoSmithKline (GSK) and Taiwan Semiconductor (TSM).