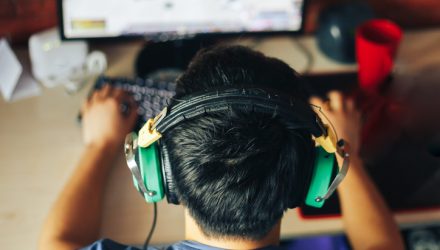 What’s Driving The Returns of This eSports ETF?

The VanEck Video Gaming and Esports ETF (ESPO) is up more than 27% year-to-date and has proven its mettle in its first year on the market, but inquisitive investors will want to understand the factors powering this fund higher.

ESPO seeks to track the performance of the MVIS Global Video Gaming and eSports Index (MVESPO). The index is a rules-based, modified capitalization-weighted, float-adjusted index intended to give investors a means of tracking the overall performance of companies involved in video gaming and eSports. ESPO celebrated its first anniversary earlier this week.

Ed Lopez, Head of ETF Product at VanEck, told ETF Trends that ESPO has been well received in the marketplace.

“We’ve gained marketshare and continue to have good discussions with prospects who get the story,” Lopez said. “Video gaming and the esports phenomenon has captured investor interest globally. In July of this year, we launched a UCITS version of the ETF as well.”

“VanEck continues to believe that there is a long-term story for video gaming that is supported by a young demographic searching for more interactive and online content,” he said.

In terms of eSports, the video game publishers are top of the food chain as they have moved to control the leagues and media rights to their games.

Lopez highlighted a few tidbits on a couple of the names:

– Tencent – Majority owner of Riot Games, arguably biggest name in “esports” is not slowing down. It’s ramping up.

ESPO is backed by some compelling growth trends, including video games’ status as one of the world’s fastest-growing forms of entertainment.

“Did you know that the video gaming industry as a whole is expected to generate over $150 billion in global revenues in 2019?,” said VanEck in a recent note. “According to Bloomberg, that is more than what the robotics industry ($89 billion) and the cybersecurity industry ($99 billion) generated in 2018.”

Leveling Up In The Industry

It’s one thing to know that video game industry revenue grew last year and is expected to do the same this year, but identifying persistence in sales growth is another matter. Data suggest ESPO has that positive trait, too.

Adding to the growth case for ESPO is the booming e-sports space.

Related: Why This Esports ETF Can Continue Climbing

“The number of people watching esports and online game streaming around the world is staggering. In 2019, roughly 454 million people are expected to tune in to watch others play video games competitively,” according to VanEck. “Nielsen Media Research has developed a new metric for esports viewership numbers—which has been a contested data point within the investment and esports communities—and this new rating is designed to provide an apples-to-apples framework for comparing esports and traditional television events. This is a crucial development for the young industry, helping it gain further legitimacy and earn the trust of potential and current advertising partners.”