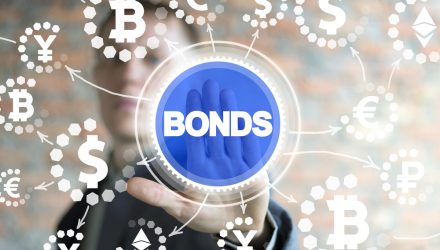 What to Buy? Bonds. When? Now.

“Looking at the 1970s inflation regime as a guide, we believe fixed income may present one of the best opportunities for investors today.”

On a recent live episode of Trends with Benefits, I joined host Ed Lopez to share our investment outlook. Watch the replay here: CEO Outlook and Q&A: What to Buy…and When.

My short and simple answer to the question, “What to buy and when?” is: buy bonds today. There are still developments that need to play out further before we can get clarity on stocks and the labor market, which calls for patience, but I believe bonds are attractive now.

Looking back to the inflation regime of the 1970s, gold performed extremely well. There was little confidence in the Federal Reserve (Fed) at the time, and the price of gold soared after being fixed against the U.S. dollar for almost all of U.S. history. But what if the Fed had the market’s confidence, like it does today?

When we take out gold and commodities returns from the 1970s, the best performing asset class was, surprisingly, bonds. The worst decade for bonds in the last 100 years of U.S. history was the 1970s, so how did bonds beat stocks? A closer look at this reinforced my conviction for buying bonds today.

The 1970s Without Commodities and Gold

When interest rates are super low, an increase in rates can do a lot of damage to bonds, which is what we’ve seen so far this year. 2022 has been the worst year for bonds since 1976. Looking at the latter half of the 1970s, however, rates increased from 5% to 10%, yet bonds kept making money.

There are two reasons for this. First, an increase in interest rates from 5% to 6% is much less dramatic than a move from 1% to 2%. Second, if you’re getting paid a coupon of 6–7% and you reinvest it, that has a tremendous compounding effect.

Based on this, I think bonds are an attractive place to be. Although we don’t know how much damage will be done to credit markets in the event of a recession, I think much of that is priced in. I think investors can look to allocate across fixed income depending on their individual risk appetite.

Back in July, I said that Market Volatility Has One Final Act. Stocks and bonds historically do not perform well when the Fed tightens monetary conditions, and that’s what the Fed announced at the end of 2021 that they would be doing. This would include raising rates and changing their balance sheet actions, which doesn’t create a great environment for financial assets. I see that continuing. If we’re in the third act of the play, the third act may last a very long time.

To walk through what I was looking at then and where we are now, there are three things investors are currently facing:

None of these are positive for financial assets, and I don’t see any changing anytime soon.

The Fed Has More Than Stopped “Printing Money”

Another component I’m focusing on is the Fed balance sheet, which is one of the unknowns for Q4. After buying bonds during the pandemic, the Fed is now going to start shrinking the balance sheet and selling bonds into the market—one estimate indicates $279B net through the end of the year. The Fed has only shrunk its balance sheet once before, so we are facing a big unknown.

Nominal wages are increasing, but because of inflation, take–home pay has been negative over the past year. This may result in a midterm effect in which Republicans take one or both houses, which means a higher likelihood of gridlock. As Larry Summers pointed out, stimulus spending during the pandemic led to inflation, so we’re unlikely to see another big stimulus spending bill regardless of who controls government.

Commodity prices and the Consumer Price Index (CPI) receive a lot of focus, but I think what the Fed is really fighting is wage inflation. That is the kind of inflation that is endemic and hard to manage once it takes hold because it creates a spiraling effect. I think the Fed knows they can’t control oil prices or supply chain directly, but they want to manage this wage inflation psychology.

Services typically don’t reflect the price of commodities, and this year, we have seen services inflation increase from 3% to 6%. That’s not slowing down, and this is a battle the Fed is fighting that I think will last for an extended period of time.

Last year when we spoke about inflation, I had noted that we won’t know about wage inflation until the second half of this year, and now we know. Wage inflation is here. Another factor, which has only happened a couple times in a hundred years, is the pandemic. We don’t know how wage inflation is going to react, because the labor market is still tight in the U.S. and many workers have changed their behaviors and expectations. I think it will take another 6–12 months before we know whether wage inflation will be endemic and what the Fed can do.

Looking at global growth today, we see Europe in a recession and China has slowed down. Over the last 20 years, U.S. and China have been the two main pillars of global growth. China is now going to have a much lower GDP growth rate for the foreseeable future. To be provocative, think about China growth being 2%, not the 6–8% of the past decades.

China has less pro–business regulatory policies, and there is a decoupling happening, spurred in part by the tariff fight and in part by re–appraisal of supply chain vulnerabilities, which may mean less foreign investment in China. In addition, one of China’s major growth engines has been the property market, which is going through major structural changes that has led to approximately one–third of property developer debt being in trouble, according to Citibank. Chinese banks are selling at half of book value—which is even less than developed market banks during the global financial crisis. Furthermore, looking at demographics, China’s population is forecasted to shrink from the current 1.3B to 800M by 2100, so we’ve seen their workforce peak. This raises opportunities in areas such as industrial automation and robotics, as well as concerns about how a shrinking workforce supports a rapidly increasing elderly population. While 2% GDP growth for China will still be a significant contributor to global growth, we may look to India, Indonesia and Africa to take up the baton as pillars of higher percentage global growth.

How to Invest Today

These conditions are going to be sticking around for a while, and what the markets are looking at now is the pressure on corporate profitability. Stocks are down because the P/E ratios are down, but earnings are still flat. We don’t know yet what earnings will be like, so there will be a lot of information for equity investors to gather over the next few quarters.

There are not many super–cheap valuations at the moment, though I like commodity equities because of the supply–demand imbalance. There’s a huge demand for renewables and the electrification of our grid. Demand is there, but supply is not, so I’m bullish on commodities—particularly those tied to the energy transition.

Monetary and fiscal policy, as well as global growth are all contractionary. However, opportunities I would emphasize in the current environment are fixed income—based on guidance from the 1970s—and commodity equities, which are very attractively priced and poised for growth.

To receive more Investment Outlook insights, sign up in our subscription center.

Consumer Price Index (CPI) is a measure of the average change over time in the prices paid by urban consumers for a market basket of consumer goods and services.

S&P 500 Index tracks the stock performance of 500 large companies listed on exchanges in the U.S. It is one of the most commonly followed equity indices.

Ibbotson SBBI U.S. Intermediate Government Bond Index is an unweighted index that measures the performance of U.S. Treasury and U.S. Government Agency bonds with maturities between four and seven years.

Ibbotson SBBI U.S. Long–Term Corporate Bond Index is an unweighted index that measures the performance of U.S. corporate bonds with maturities of seven years or longer.

Please note that VanEck may offer investments products that invest in the asset class(es) or industries included herein.

This is not an offer to buy or sell, or a recommendation to buy or sell any of the securities/financial instruments mentioned herein. The information presented does not involve the rendering of personalized investment, financial, legal, or tax advice. Certain statements contained herein may constitute projections, forecasts and other forward looking statements, which do not reflect actual results, are valid as of the date of this communication and subject to change without notice. Information provided by third party sources are believed to be reliable and have not been independently verified for accuracy or completeness and cannot be guaranteed. VanEck does not guarantee the accuracy of third party data. The information herein represents the opinion of the author(s), but not necessarily those of VanEck.