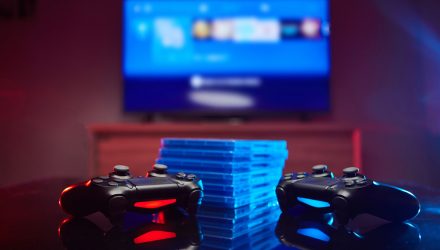 Video Game ETF Could Be Recession-Resilient

Video game software and hardware equities usually reside in the technology sector, but make no mistake about it. This industry is highly levered to consumer discretionary spending.

As such, it stands to reason that a recession could pinch exchange traded funds such as the VanEck Video Gaming and eSports ETF (NASDAQ: ESPO) and the underlying holdings. However, Bank of America argues that an economic contraction may not be unduly harmful to ESPO holdings.

In a recent report, the bank forecasted a moderate recession starting in the first quarter of 2023, which is better than a prior forecast for the fourth quarter of this year. BofA also forecasted a 4% to 6% drop in video game sales assuming a traditional recession materializes. While a drop is never good, that’s far better than the decline that hindered the industry during the global financial crisis.

“We expect some players in the industry to outperform others, as certain product categories, franchises, and monetization strategies may weather through the economic storm better,” wrote analyst Omar Dessouky.

ESPO, which follows the MVIS® Global Video Gaming and eSports Index, turns four years old next month so it wasn’t around for the global financial crisis, but it is home to some of the video game names BofA is bullish on. These include Electronic Arts (NASDAQ: EA) and Roblox (NYSE: RBLX).

EA titles “like FIFA and Apex Legends should be more recession-resistant as gamers would be more likely to pull back spending on new-to-market titles versus old favorites. And EA draws strength from a mix shift to live services as well as low exposure to casual mobile gaming,” according to Seeking Alpha.

Those are two of ESPO’s 25 holdings and combine for 9.3% of the ETF’s roster and BofA has buy-equivalent ratings on both, but the bank is neutral on EA rival Take-Two Interactive Software (NASDAQ: TTWO). That stock accounts for 4.6% of the ESPO portfolio.

In a recession, ESPO could also be buffered by what it doesn’t hold – namely social casino stocks such as Playstudios (NASDAQ: MYPS), Playtika (NASDAQ: PLTK), and SciPlay (NASDAQ: SCPL).

BofA, which rates all three of those names “underperform,” argues that as consumers pare discretionary spending in a recession, the in-app purchase model of social casino companies could be vulnerable. None of those stocks reside in ESPO.