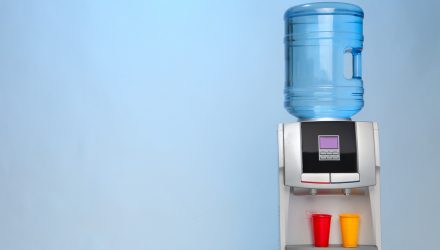 The topic around the VettaFi water cooler today is retail sentiment. With Cyber Monday taking in a record $11.3 billion (a 5.8% increase over last year), it appears that consumers did not get the memo about an imminent recession. So we asked our VettaFi voices: What do you make of the retail sector as we enter the holiday season? What are the challenges, and where are the opportunities for investors?

Dave Nadig, financial futurist: Yes, we had a lot of people buy stuff over the weekend: 196 million shoppers, according to the National Retail Federation, the highest number since they started tracking it in 2017. Also, the good news is that the average discount (according to Morgan Stanley) is less than it was last year or historically. So that’s good for general retailer revenue. Overall, Black Friday numbers were up 12%, even though that was actually lower than some analysts predicted.

However, the actual money spent so far in this year’s holiday season (starting November 1) is only up an aggregate 2.1%. In other words, spending is actually not keeping up with inflation.

Sure, we have some decent holiday numbers, but it’s coming almost entirely from savings drawdowns and increased consumer debt. With persistent inflation, it’s difficult for me to see this as entirely “glass half full.” It’s a completely human reaction to what’s been a rough year for many folks — they want to celebrate the holidays well. But it’s not an unfettered economic Pollyanna picture.

Jill Mislinski, VP of research and dev, Advisor Perspectives: Just a comment on personal savings — it skyrocketed during the pandemic, and folks have just been spending down all that money since 2021. Add inflation into the mix, and you’ve got overspending and more debt. 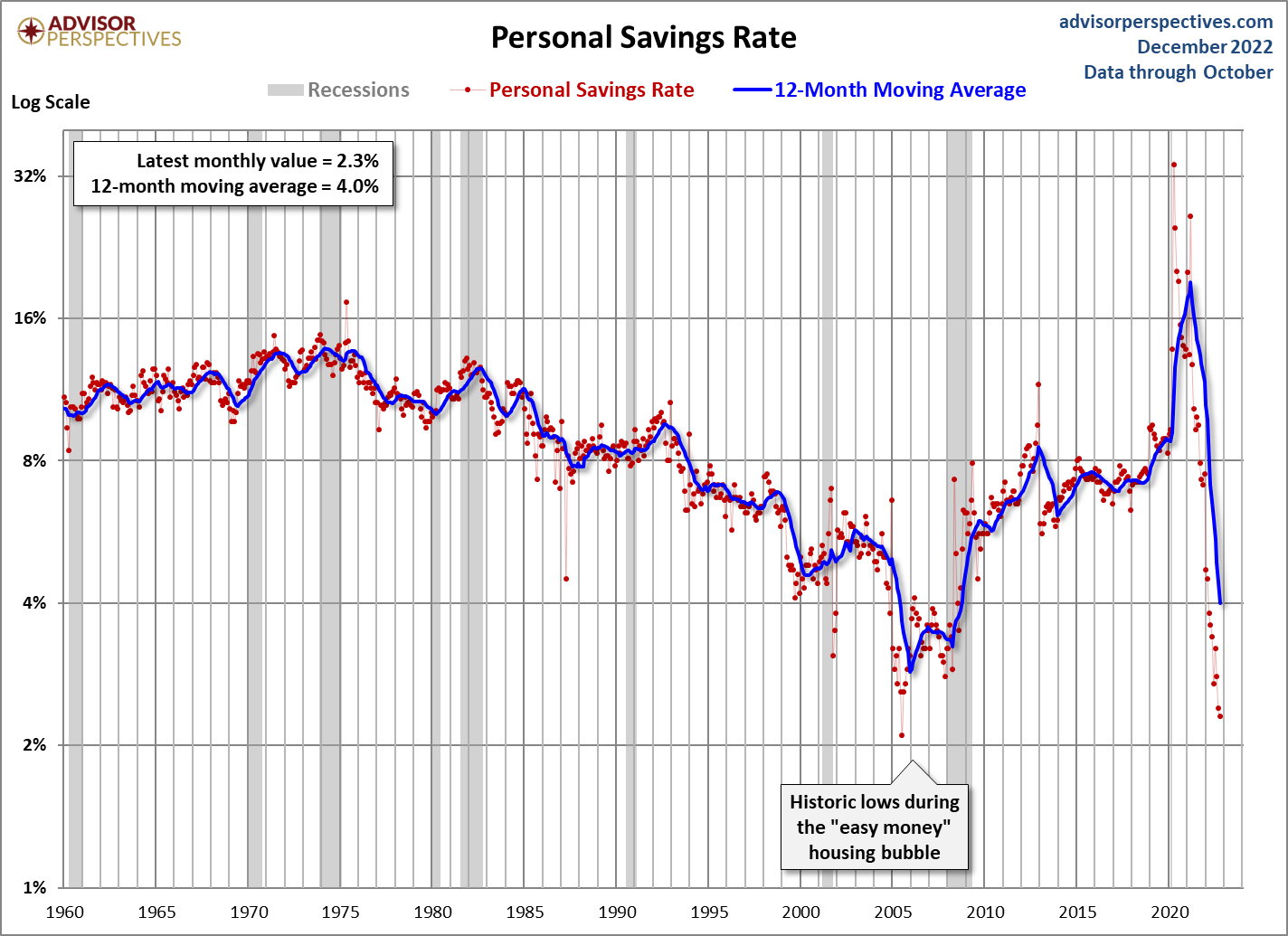 Nadig: KILLER chart — makes the whole point, really. The current rate is frighteningly low going into a recession/inflation window. This is no small part of why no less than Suze Orman is out stumping to get Congress to add a 2500 DC carveout for people to save more.

In contrast, the online retail ETFs — including the ProShares Online Retail ETF (ONLN), the Amplify Online Retail ETF (IBUY), and the Global X E-commerce ETF (EBIZ) — have not garnered interest, despite continued shift in spending online for the holidays beyond Cyber Monday. I would have expected more demand from the online products, but they have suffered large losses this year as investors moved away from growth investments.

Also, I agree with Dave; inflation remains the major issue, even as it has trended lower. For some shoppers, things cost more than people expect. If people are working off a spending budget, their focus is on deals more than ever.

Stacey Morris, CFA, head of energy research: FWIW, national average gasoline prices are down to $3.47/gallon versus a high of $5.016/gallon in June. Would sales have been worse if the pain at the pump hadn’t eased? On the other hand, heating costs are expected to be higher this winter, so people are probably going to be dealing with higher energy costs, even though the sticker shock at the pump is not nearly as bad as it was earlier this year.

Lara Crigger, editor-in-chief: When it comes to holiday shopping, e-commerce gets all the headlines, but the bulk of shopping still happens in person at brick-and-mortar retailers. So if consumers are scrimping this holiday season, then I’m definitely keeping my eye on discount retailers, like Wal-Mart (WMT) and Target (TGT) (and not just because I’m at Target all the time).

Just as we saw earlier in the year, when inflation was hitting its peak, the big box retailers with robust demand-inelastic grocery businesses are likely the ones that are going to come out of this holiday season with the strongest performance. In fact, we saw history repeat itself just last month, when Wal-Mart and Target reported quarterly earnings: Wal-Mart (at which groceries account for 50% of sales) raised its outlook for the year, while Target (at which groceries account for 20% of sales) lowered its forecasts.

Both stocks together make up more than 12% of the VanEck Retail ETF (RTH). So I’m keeping a close watch on that fund over the next few weeks. So far, its up about 5.46% for the past 30 days.

Be sure to catch the VettaFi Voices, as well as a host of experts, at Exchange, on February 5–8, 2023 in sunny Miami, Florida. To learn more about the event and register, please visit the Exchange website.