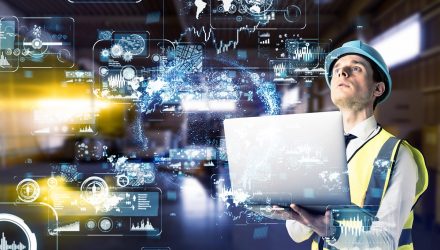 While the rest of the markets tumbled, utilities stocks and sector-related ETFs stood out, strengthening in new low-risk environment with depressed yields.

Investors looked toward low-risk, dividend-paying stocks in the equity markets, with the utilities sector leading the charge. Utilities stocks have long been treated as a bond-esque equity play, and the sector became more attractive to investors seeking out income as bond yields continued to decline on Friday. PUI shows a 1.73% 12-month yield, UTS has a 2.00% 12-month yield and XLU comes with a 3.09% 12-month yield.

The yield on 3-month Treasury bills were hovering around 2.44% and yields on 10-year Treasury notes were at 2.45% late Friday after earlier showing an inverted yield curve with yields on shorter-dated T-bills trading above those of the later-dated 10-year notes. The inverted yield curve has also been a widely tracked bearish signal that typically corresponds with an economic recession.

“I’d highlight that the 3-month to 10-year spread is important because the Fed has done a lot of research on which best predicts future recessions and it found that one to be preferable,” BMO Capital Markets rates strategist Jon Hill, told CNBC.

Fixed-income traders have argued that the flattening yield curve and sizeable moves in the Treasury yields reveal how much inflation expectations and economic growth expectations have declined over the past six months.