You are at:Home»Beyond Basic Beta Channel»Understanding Why There’s Buzz Around the BUZZ ETF 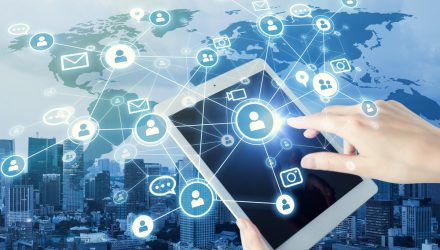 Understanding Why There’s Buzz Around the BUZZ ETF

The term “meme stock” was used prior to 2020. Now, it’s commonplace and an increasingly prominent part of the everyday financial lexicon.

That’s likely to remain the case as younger demographics become active investors, and a new breed of exchange traded funds is seizing upon that theme. That group includes the VanEck Vectors Social Sentiment ETF (BUZZ).

BUZZ debuted in March and has $192.5 million in assets under management as of Oct.8, making it one of this year’s more successful rookie ETFs. That’s a solid start, particularly when considering that there’s competition in the meme stock ETF space with more on the way. With this in mind, investors should evaluate the BUZZ methodology.

“Although BUZZ does not disclose its exact lookback period, its index methodology mentions reviewing four quarters of data on a rolling basis. BUZZ’s relatively longer lookback explains, in part, why it was late to include some Reddit darlings like GameStop and AMC,” writes Morningstar analyst Lan Anh Tran.

One way of looking at the scenario is that BUZZ isn’t entirely allocated to the most speculative meme stocks. Due to the fact that the fund’s underlying index gauges social sentiment, the BUZZ roster is likely to feature stocks that are being frequently mentioned on social and traditional media platforms. That doesn’t necessarily mean that those names will be epicenters of controversy and volatility the way that AMC and GameStop have been.

Actually, BUZZ is home to plenty of stocks that can be considered quality names, with Advanced Micro Devices (NASDAQ:AMD), Apple (NASDAQ:AAPL), Nvidia (NASDAQ:NVDA), and Pfizer (NYSE:PFE), among others, included in that group. All of those names are frequently mentioned, but they’re far from the standard definition of “meme stock.” BUZZ follows the BUZZ NextGen AI US Sentiment Leaders Index (BUZZTR).

Interestingly, upside generated by BUZZ may be more the result of factor attribution than heavy doses of true meme stocks.

“A deeper dive into BUZZ’s index reveals some interesting detail,” says Tran. “It’s still clear that the market is doing the heavy lifting here, but the portfolio has benefited from its momentum tilt and small-cap exposure during the past year.”

BUZZ has another advantageous trait for investors to ponder: relatively low single stock risk. While it’d be reasonable to expect that a fund of this nature might have a double-digit allocation to, say, AMC or GameStop, the reality is that no stock in the BUZZ lineup currently exceeds a weight of more than 3.45%. That’s something to consider when many meme stocks aren’t supported by strong fundamentals.