You are at:Home»Tactical Allocation Channel»This Energy ETF May be Ready for its Redemption Story 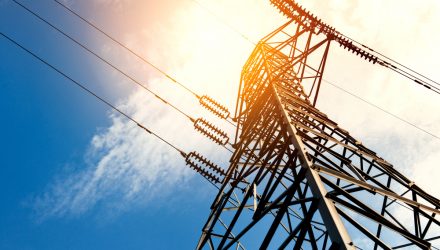 This Energy ETF May be Ready for its Redemption Story

Oil services stocks and ETFs, including the bellwether VanEck Vectors Oil Services ETF (NYSEArca: OIH), are being punished by weak oil prices, but some market observers believe it may finally be time for investors to nibble at this downtrodden space.

Bernstein analyst Nicholas Green has long been bearish on the oil services group, but he upgraded some of the names in his coverage universe Monday.

The analyst “has now stress-tested the stocks under the assumption that oil prices stay at $30 a barrel. Even in that scenario, he thinks many could rise at least 60%. At a more-realistic oil price of $40, he thinks the stocks could have 80% upside, on average,” reports Avi Salzman for Barron’s.

Production cuts in the name of supporting prices would benefit OIH and oil services stocks because the group is highly correlated to crude prices. However, it remains to be seen if the White House can convince Russia and Saudi Arabia to lower output.

The crude oil market has plunged after a sudden fall-off in demand due to the stunted economic activity in the wake of the global viral outbreak. Meanwhile, the price war between Saudi Arabia and Russia added to a spike in output that further expanded a global supply glut. The unbalanced fundamentals recently dragged down U.S. crude oil prices to their lowest level since 2002.

While headline risk remains for energy stocks, Berstein’s Green sees now as a good time to get involved with some OIH holdings.

“As committed bears, we do not upgrade lightly. This slump is a rare chance to capture a sector’s mispricing,” said the analyst.

“We are uncomfortable with any name paying a dividend if its balance sheet is less than pristine, regardless of notional ‘affordability,’” said Green. “We think each should cut their dividends to zero, at least for 2020. Despite high dividend yields, we suspect the stocks may still fall on the formal announcement of a dividend cut. This would be the opportunity to buy.”