You are at:Home»Tactical Allocation Channel»This Emerging Market Isn’t Getting Much Love 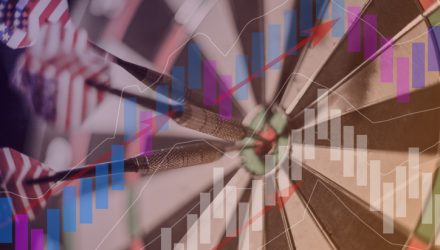 This Emerging Market Isn’t Getting Much Love

The iShares MSCI Philippines Index (NYSEArca: EPHE) gained just 8.5% last year, less than half the returns offered by the MSCI Emerging Markets Index, so perhaps it’s not surprising that the Philippines is one of the least-loved developing economies to start 2020.

EPHE, the only dedicated Philippines ETF, seeks to track the investment results of the MSCI Philippines Investable Market Index (IMI). The index is a free float-adjusted market capitalization-weighted index designed to measure the performance of the Philippine equity markets.

“Barely two weeks into the new year, and the market is the worst performer among major Asian peers, with overseas fund withdrawals reminiscent of January 2008,” reports Bloomberg. “Back then, fears of a U.S. recession roiled global shares and pummeled Manila into a bear market. Last year, Philippine equities were already among the region’s laggards.”

Last year, inflationary pressures slowed to its weakest in almost two years and moved in a downward trend that economists argued would allow for more cuts to the central bank’s key rate.

Current Philippines President Rodrigo Duterte is in the midst of his fourth year in the country’s highest office, and more importantly, his tenure is garnering stratospheric approval ratings. In other words, the Philippines is politically stable, an important trait for emerging markets investors, but that doesn’t mean market participants are flocking to the Southeast Asian economy.

“Expectations of a weaker peso and fears of regulatory risk over a contract dispute between the government and Manila’s water utilities could be holding back investors from scooping up Philippine equities, even amid the prospects of faster economic growth, according to Rachelle Cruz, an analyst at AP Securities Inc,” reports Bloomberg. “An added factor is the uncertainty over the passage of measures cutting corporate taxes and incentives, she said.”

Investors are increasingly emphasizing low cost as a prime motivator for allocating capital in 2019. JPMorgan also highlighted “pockets of opportunity,” adding that “with the global economy stabilizing and trade escalation less likely, EM equity performance should be positive in absolute terms as these confidence variables add a bit to returns.”

“Foreign investors have pulled more than $1.3 billion from Philippine equity funds in the last two years as the nation was hit by rising inflation and slowing economic growth, coupled with sell-offs triggered by a U.S.-China trade war,” according to Bloomberg. “While the shares have traded at a premium to Asian peers for most of the past decade, the rout shrank valuations to the lowest since 2011 relative to the MSCI Asia Pacific Index, feeding hopes bargain hunters will come in.”