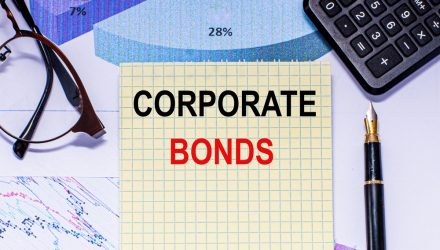 At a time of rising interest rates in the U.S. and in some developing economies, fixed income investors may not be thinking of emerging markets debt.

Add to that, it’s unlikely that many are considering high yield corporate debt courtesy of developing markets issuers, but there’s a case to be made for this asset class and exchange traded funds such as the VanEck Vectors Emerging Markets High Yield Bond ETF (HYEM).

HYEM, which tracks the ICE BofA Diversified High Yield US Emerging Markets Corporate Plus Index, is beating the largest U.S.-focused junk bond ETF by 160 basis points over the past six months. While that’s a relatively short time frame, it doesn’t diminish the benefits that could be offered by HYEM, many of which are overlooked by bond investors. Those perks include reduced local currency risk, which is a point to ponder at a time of dollar strength.

Default rates, which are always of concern to investors regardless of geography, are higher by historical standards this year, but much of that is attributable to Chinese real estate issuers and Russia. The good news for HYEM investors is that those defaults are in the rearview mirror.

Adding to the HYEM case is that much of its geographic exposure is positively correlated to the stronger dollar, owing to the export-heavy nature of many of the economies represented in the ETF.

“The Index has close to 40% of its holdings allocated to exporting economies6, such as China, Mexico, Brazil, South Africa and Indonesia. China’s exports posted robust growth in July and jumped 18% in dollar terms from a year ago,” concluded Sokol.