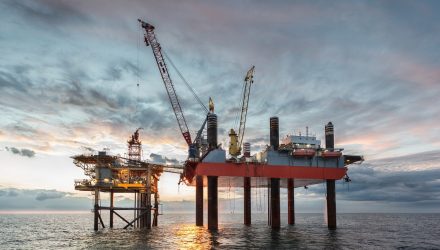 Surging Oil Services ETF Has More Gas in The Tank

While OIH’s surge to start 2019 may give some investors pause about jumping into the fund at current levels, some analysts believe oil services stocks can still notch upside from here.

“Amid the backdrop of cuts from OPEC, U.S. shale producers have dialed back somewhat as well due to falling oil prices, but rig counts in the major U.S. shale basins have not declined dramatically, and many U.S. producers say they expect continued growth in 2019,” said Morningstar in a recent note. “We think the most recent round of OPEC cuts only nudges the door open for shale producers to increase production and keep taking share from OPEC and its partners.”

“Schlumberger stands out as high-quality and favorably valued,” said Morningstar. “The market seems to be underrating prospects for the SPM business, a fully integrated services model that aspires to deliver a sea change in oil and gas development costs. SPM is already delivering returns on capital far ahead of the rest of the company, and therefore the business will lift Schlumberger’s profitability up as it grows as a share of revenue in years to come.”

Schlumberger is OIH’s largest holding. Morningstar has a four-star rating and a fair value estimate of $62 on Schlumberger.