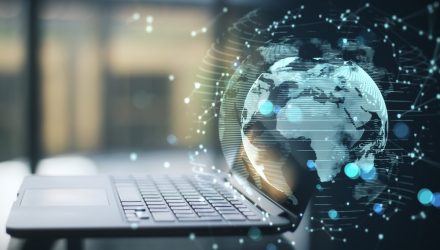 With U.S. interest rates rising and domestic bond funds slumping as a result, it’s easy for investors to assume that all fixed income strategies should be ignored this year.

Believe it or not, there remains a case for emerging markets debt. Enter the VanEck J.P. Morgan EM Local Currency Bond ETF (NYSEArca: EMLC). On a global basis, emerging markets bonds are performing mostly in line with U.S. Treasuries, but there are pockets of out-performance, including Latin America.

“EM debt has also suffered, even ahead of the stress test of higher DM policy rates. The good news: Many EM central banks were early in raising rates to try to rein in inflation. This approach has created compelling yield and currency valuations, in our view. Broad indexes hide a lot of differentiation, so it’s key to analyze the underlying exposures,” according to BlackRock research.

The $3.3 billion EMLC follows the J.P. Morgan GBI-EM Global Core Index and holds 355 bonds, and while the exchange traded fund holds bonds denominated in local currencies and the dollar is soaring, there are still opportunities among emerging markets debt.

“Local currency debt of commodities producers such as Latin America and the Middle East & Africa have actually posted gains this year, outperforming debt of commodities-consuming Asia and Europe. The latter was directly hit by the fall-out of Russia’s invasion of Ukraine,” adds BlackRock.

Adding to the case for EMLC is that many emerging markets central banks, unlike the Federal Reserve, hiked rates to mute inflation last year, meaning that inflation is declining in some developing economies, and some of these central banks are unlikely to be as aggressive as the Fed when it comes to 2022 tightening.

“We also see a strong starting position for EM debt, given cheapened EM currencies, improved external balances, decreased foreign ownership and attractive coupon income. The main reason: Many EM central banks have been ahead of the curve in raising interest rates to fight inflation,” notes BlackRock.

Plus, EMLC delivers when it comes to income. The VanEck fund sports a 30-day SEC yield of 6.53%, suggesting that it more than adequately compensates for some of the risks associated with emerging markets bonds.