You are at:Home»Beyond Basic Beta Channel»SEC Kicks Can on Bitcoin ETF Decision 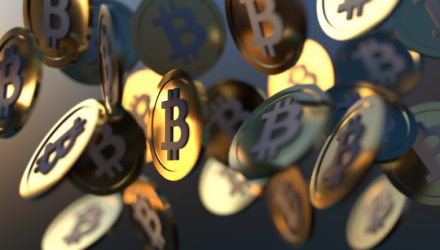 In a move that was largely expected, the U.S. Securities and Exchange Commission postponed its decision to approve a plan by Cboe to list a Bitcoin ETF from VanEck Associates Corp and SolidX Partners Inc, saying that it needs time to gather more information.

“The Commission is instituting proceedings to allow for additional analysis of the proposed rule change’s consistency with Section 6(b)(5) of the Act, which requires, among other things, that the rules of a national securities exchange be ‘designed to prevent fraudulent and manipulative acts and practices, to promote just and equitable principles of trade,’ and ‘to protect investors and the public interest,’” according to a statement from the SEC.

The move came as a disappointment to crypto currency fans who have been speculating that the agency would give a thumbs up to the proposal by Cboe Global Markets Inc.

Reactions to the decision have been mixed.

According to an article in Forbes, there are a couple reasons for optimism. First, the approval wasn’t flat out denied. And second, the SEC is taking time to gather the options of the public, which includes a large community of supporters.

“Thus, it may be appropriate to think that approval of a Bitcoin ETF is only a matter of time and that the day isn’t too far away when the sun will shine,” according to Forbes. “If the SEC decides that it is about time to let things go and turn on the green light for the Bitcoin ETF, it could create a major FOMO among investors which could lead the price ripping to the upside.”

Others like Bloomberg Intelligence analyst Eric Balchunas are a bit less optimistic. “It’s not a big surprise that the SEC is putting off this decision,” he said in a Bloomberg article. “But given that their issues are with the underlying Bitcoin market, not sure why they just don’t deny it as opposed to stringing along the crypto faithful with false hope.”