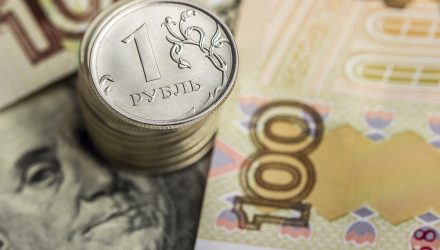 Investors looking to diversify overseas may want to consider Russian small-cap markets. One fund with this theme is the VanEck Vectors Russia Small-Cap ETF (RSXJ).

Like all global economies, Russia has had its challenges with the pandemic, but there are already signs of improvement.

“Russia’s economy declined by 3.6% year on year in the third quarter of 2020, marking a notable improvement after an 8% fall in GDP seen in the second quarter,” a Moscow Times report noted. “Better GDP dynamics in the third quarter will be welcomed, as the risks associated with the second wave of the coronavirus had started to call Russia’s Economy Ministry’s forecast of a 3.8% contraction for the year into question. The data came in line with the consensus forecast, but was better than the official expectations, BCS Global Markets said.”

“Following the release of third quarter growth data, the GDP decline in 2020 could now be even smaller than our -3.8% forecast, which is a positive,” the company said. Analysts believe that this reflects the stress-resistant structure of the economy as well as an efficient, albeit modest, government response to the crisis.

Historical data shows that while small-caps could get hit the hardest during downturn, they have the ability to outdo their large-cap brethren when times are improving.