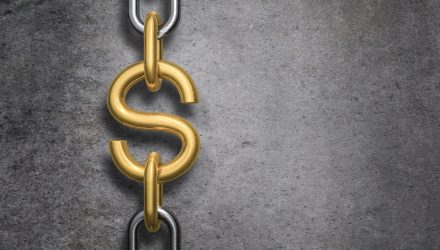 “Positive cues from China – which accounts for 56.5 per cent of global crude steel production – are likely to keep demand-supply in balance and provide support to prices,” a Business Standard article said. “All eyes have been on China, which opened last week after New Year holidays, as it was widely expected that prices would recover post-holidays after the weakness in January.”

SLX tries to reflect the performance of the NYSE Arca Steel Index, which follows global companies involved in the steel industry. While more than a third of SLX’s lineup is allocated to U.S. steel producers, the ETF has a heavy global tilt, including exposure to ex-US developed markets and emerging markets steel companies.

“There are three messages coming out of China: an increased focus on moving towards green steel and reducing pollution, which would contain inefficient production,” said Jayant Acharya, director (commercial & marketing), JSW Steel. “There is a move to contain exports (there is a possibility of reducing export rebates from 13 per cent to nine per cent) and a forecast that demand in China will rise slightly in 2021.”

“This will increase export prices to the extent of reduction in rebate and help bridge the gap between Chinese steel prices and the rest of the world. Also lower/ balanced exports would be good for the steel industry globally,” he added.

Demand in India can also help support steel prices. The Business Standard article noted that, in India, “steelmakers expect demand to remain strong in the home market, even though prices had seen some pressure.”

“The signs of weakness in the trade segment were on account of traders trying to book profits on material brought in October, November and December. I think, by February-end, they should have reduced considerable inventory. I am not concerned as long as demand remains good,” he added.