You are at:Home»Beyond Basic Beta Channel»Relief for Healthcare ETFs Ahead? 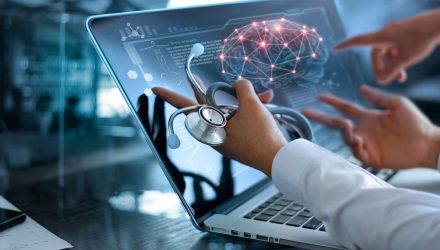 Relief for Healthcare ETFs Ahead?

As has been widely documented, healthcare stocks and the related exchange traded funds are struggling this year and the iShares U.S. Healthcare Providers ETF (NYSEArca: IHF) has been one of the offenders. However, IHF entered Monday with a year-to-date gain of 1%.

Those headlines are plaguing stocks such as Dow component UnitedHealth Group (UNH), Cigna (CI) and CVS Health (CVS), a trio that combine for almost 36% of IHF’s weight. Alone, UnitedHealth represents 22.07% of IHF’s weight and that stock is one of the worst-performing members of the Dow this year.

Last week, managed care companies, including some marquee IHF components got some support in the form of bullish analyst commentary.

“Managed-care companies started Friday on a high note following upgrades from Citigroup,” reports Teresa Rivas for Barron’s. “While the broader market malaise has since dragged down the shares, Citi believes that the recent panic around health-care stocks looks overdone, even as political rhetoric heats up.”

Citi upgraded upgraded Anthem, Centene, and UnitedHealth to Buy from Neutral. Those stocks combine for about 39% of IHF’s weight. UnitheHealth and Anthem are IHF’s two largest components. Citi also raised its price target on UnitedHealth to $280 from $247.

Citi analyst Ralph Giacobbe “argues that the selloff in managed-care stocks looks overdone, and while the stocks aren’t without risks, they now look more attractive following their recent declines. While some see an ongoing overhang for the group—after all, the election is still more than a year away—he thinks the stocks instead will recover ‘as more realistic views prevail and investors become more numb to the low-likelihood headlines,’” reports Barron’s.

Investors have pulled about $14 million from IHF this year.