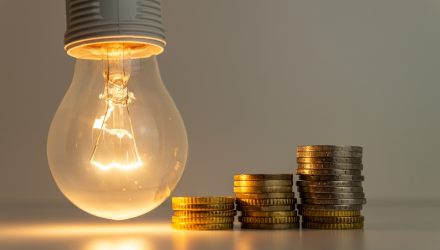 Oil prices are well off their mid-year highs, and the S&P 500 Energy Index is sharply trailing the S&P 500 over the past month. Still, energy is the best-performing sector in the U.S. this year, and by a wide margin at that. That could be at least one sign that exchange traded funds, including the VanEck Energy Income ETF (EINC), remain worthy of consideration.

EINC, which tracks the North America Energy Infrastructure Index, is up nearly 23% year-to-date and is outperforming traditional equity-based energy ETFs over the past month. As DataTrek Research co-founder Nicholas Colas pointed out in a recent report, there are other lingering catalysts for energy equities, including the sector’s still relatively small weight in major equity benchmarks, such as the S&P 500.

Other favorable factors for EINC include valuations. In other words, valuations in the energy patch are still significantly below those found on broader equity benchmarks. Alone, that’s notable, but it’s even more impressive when considering that energy is into a second consecutive year of outperforming the broader market.

Add to that, energy is one of the best groups in terms of forward earnings growth. While many market observers are forecasting an earnings-sapping recession in 2023, profit estimates for energy companies, including some EINC holdings, remain solid. That could be a sign that traders that have recently dared to short the sector could be in for some unpleasant surprises.

“The problem with shorting energy stocks here is that Wall Street analysts’ estimates for 2023 are still going up,” Colas said. “In our opinion, that is a tough setup for a short call. Generally speaking, you want to short/underweight expensive names when analysts’ estimates are coming down. The energy sector fits neither of those criteria.”

Then there’s income — EINC’s forte, as its name implies. The broader energy sector yields about 4%, which EINC’s slightly exceeds with a 30-day SEC yield of 4.27%, as of November 30. Importantly, the master limited partnerships (MLPs) and energy infrastructure companies that dot the EINC lineup have increasingly strong balance sheets, indicating that those firms have the resources to cover current payout obligations while potentially growing dividends over the long haul.