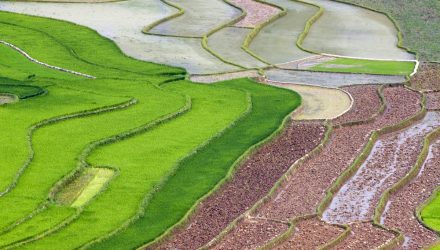 The VanEck Vectors Rare Earth/Strategic Metals ETF (NYSEArca: REMX), which is comprised of global companies involved in producing refining and recycling rare earth and strategic metals and minerals, could break its correlation to China’s dominance in the rare earths market as the U.S. increases the output of these minerals.

“While the modern rare earths industry had its genesis in World War Two’s Manhattan Project to develop the atomic bomb, China has spent the last 30 years building a monopoly over the sector. Rare earths are no longer processed in the United States,” reports Reuters. “In an attempt to change that, the Pentagon last year said it would fund mines and processors via the Defense Production Act, which gives the military wide berth to procure certain equipment. U.S. President Donald Trump has recently considered using the same law to boost medical supply manufacturing.”

Rare earth metals are crucial factors in the 21st century, as they are a part of industries as disparate as electronics, mobility, and sustainable energy. Strategic Metals include rare earth elements as well as specialty metals used in nuclear reactors, LEDs, magnets, electric motors, sensors, and many other components used in smartphones, flatscreens, hybrid vehicles, and our homes. Now they are becoming available for physical investment, including secure storage in bonded warehouses.

Lynas, a REMX holding, “inked a deal with Blue Line in 2019 to build rare earths processing plants in Texas. Lynas will be the majority owner. The companies last December jointly applied for Pentagon funding for processing of so-called heavy rare earths, a less-common type of the specialized minerals that are highly sought after for use in weaponry, part of the reason why Lynas sought a U.S.-based partner,” according to Reuters.

The increased production in the U.S. is important because the Defense Department is trying to stockpile reserves of these minerals in an effort to reduce dependence on Chinese imports.