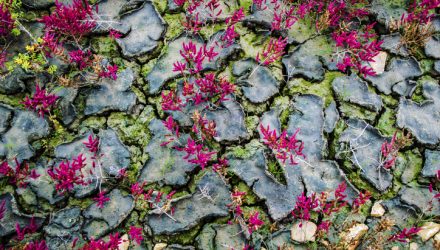 Due to the dominance of China in the rare earths market, the VanEck Vectors Rare Earth/Strategic Metals ETF (NYSEArca: REMX), which is comprised of global companies involved in producing refining and recycling rare earth and strategic metals and minerals, is one of the ETFs that has been pinched by the coronavirus outbreak.

However, some data points indicate demand for the essential minerals remains robust, particularly in the U.S.

“China’s exports of rare earth magnets to the United States jumped 11.9% in 2019, customs data showed on Friday, amid a Pentagon plan to bolster its stocks as rare earths became a potential front in the Sino-US trade war,” reports Reuters.

Rare earth metals are crucial factors in the 21st century, as they are a part of industries as disparate as electronics, mobility, and sustainable energy. Strategic Metals include rare earth elements as well as specialty metals used in nuclear reactors, LEDs, magnets, electric motors, sensors and many other components used in smartphones, flatscreens, hybrid vehicles, and our homes. Now they are becoming available for physical investment, including secure storage in bonded warehouses.

“China, the world’s top producer of rare earth magnets, in May last year sparked concerns it could restrict the supply of rare earth products in its trade row with Washington. However, Beijing ultimately did not announce any formal measures and earlier this month inked a Phase 1 deal to ease the hostilities,” according to Reuters.

China is the world’s dominant supplier of rare earths, controlling more than 85% of the market, allowing it set quotas throughout the year that affect prices and supply.

The Defense Department is trying hoard rare earths, but until other mines come online, that means having to buy from China.

“For December, rare earth magnet shipments to the United States came in at 360 tonnes, down 4.5% from 376 tonnes in November but up 1.1% year-on-year,” notes Reuters.