You are at:Home»Beyond Basic Beta Channel»Playing the Rise in Video Game M&As 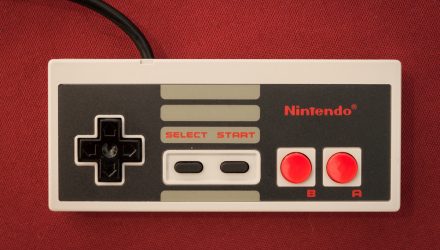 The video game market has seen an increase in merger and acquisition (M&A) activity over the last year, and we expect to see more M&A deals in the public markets going forward. Through these deals, gaming companies are able to enter segments of the market without organically growing a new business line. We believe this M&A activity is helping to drive growth both for the acquiring companies and the broader video gaming industry, creating compelling investment opportunities.

Many of the acquiring companies in the gaming industry are primarily looking to grow their total available market (TAM), which ultimately affects how many consumers are playing a given company’s game offerings. Theoretically, a higher TAM leads to more people playing a company’s game(s), which leads to potential revenue growth and higher levels of user engagement.

In just the last six months, there have been a number of blockbuster deals from tech conglomerates and top-tier publishers. The specific capabilities and limitations of the company within the context of the broader gaming marketplace appear to be guiding M&A decisions. Using the following table of selected deals, we can highlight the impact of these deals.

Microsoft’s purchase of ZeniMax, the parent company of Bethesda Softworks, one of the largest game developers and publishers in the world, represents the second largest video game acquisition ever. ZeniMax owns a number of the most popular video game titles in history, including The Elder Scrolls series and Fallout. Some analysts believe that Microsoft is positioning itself for the future cloud wars. Microsoft may also potentially launch new Elder Scrolls or Fallout titles as Xbox exclusives, which would mean competing platforms would miss out on those popular titles and be at a disadvantage.

Zynga’s purchase of Peak Games highlights a key trend in the video game ecosystem: mobile gaming growth. Among publicly traded companies, Zynga has been a de facto leader in the mobile gaming space for many years, and has used acquisitions as one of the company’s primary growth drivers. By buying companies—like Peak Games, adding scale to Zynga’s live services—with existing games and active users, Zynga is also diversifying its lineup of titles, which provides protection to the publisher if a once-popular title loses core users.

EA’s purchase of GluMobile also reflects the mobile gaming growth story. While EA does have a presence in mobile through some of their sports titles, GluMobile almost exclusively focuses on mobile titles and consumers. According to EA, the purchase of GluMobile immediately doubles the size of EA’s mobile business. With mobile revenues leading broader industry growth, EA is clearly positioning itself towards the future of the video game ecosystem.

What’s Next for Video Gaming M&A?

The vast majority of deals recently have been large publishers acquiring mid-tier development studios, such as Zynga’s purchase of Peak Games and EA’s purchase of GluMobile. Considering that mobile gaming should remain a key growth driver for the gaming industry, we expect to see more mobile-focused M&A activity from large publishers leaning into the mobile story.

We also believe that Microsoft’s purchase of ZeniMax provides a glimpse into where the M&A activity is headed. Larger tech conglomerates may begin to make more aggressive investments in the gaming space, which may take the form of massive, never-before-seen acquisitions of some of the top publishers in the market today. For example, Sony—whose Playstation is widely regarded as having a deeper lineup of exclusive titles compared to Xbox—may now feel pressure to acquire a studio to rival Microsoft’s ZeniMax purchase.

Tech conglomerates like Microsoft, Sony, Apple, Alphabet and Amazon are trying to position themselves favorably within the future gaming ecosystem. Cloud gaming, much talked about and yet to be proven on a mass scale, is an example of one idea of what the future of gaming could become. If game exclusivity is the deciding factor for consumers when choosing between cloud gaming platforms, then the potential cloud providers (Microsoft, Amazon and Sony) might shift their acquisition target focus from mid-caps to large-caps.

Video Gaming and Esports: Taking Media and Entertainment to the Next Level

Merger and acquisition activity is among the trends that are driving the growth of the video gaming industry and making this space, in our view, a compelling investment opportunity. The whitepaper, Video Gaming and Esports: Taking Media and Entertainment to the Next Level, provides an in-depth look at what’s driving the long-term potential of this space, as well as how investors can incorporate it into their portfolio.

Please note that VanEck may offer investments products that invest in the asset class(es) or industries included herein.