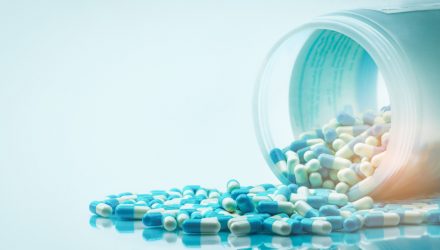 Pharma Could Be Place to Be for Healthcare Winners, Value

With near-term prospects for a biotechnology rebound somewhat murky — it’s possible, but it will take time — and shares of medical device makers pricey, pharmaceuticals stocks may be the most attractive options in the healthcare space. That could bode well for exchange traded funds, including the VanEck Vectors Pharmaceutical ETF (PPH). However, PPH isn’t a risk-free bet.

“A long process around potential U.S. drug policy changes is likely weighing on the valuations of global stocks since the U.S. market represents a disproportionate share of profits for many global healthcare companies,” says Mornignstar analyst Damien Conover.

However, Conover notes that “only modest policy change” is likely. Add to that, 2022 is a mid-term election year. Pharmaceuticals companies are major political donors, and politicians from both parties might not be inclined to potentially run afoul of benefactors by pushing for sweeping price reform.

Adding to the case for PPH is that, despite the fact that some of the ETF’s components are being supported by expanding coronavirus vaccine revenue streams, pharmaceuticals stocks aren’t richly valued.

Valuation alone isn’t a reason to buy or sell a stock, but attractive multiples on some PPH member firms are noteworthy at a time when the S&P 500 is seen as richly valued. Additionally, many PPH holdings fit the bill as quality companies with strong balance sheets and dividend growth potential, among other favorable traits. Those characteristics don’t often come cheap regardless of sector.

The $378 million PPH holds 25 stocks. One that Conover highlights is Merck (NYSE:MRK), a member of the Dow Jones Industrial Average.

“Merck’s combination of a wide lineup of high-margin drugs and vaccines along with a pipeline of new drugs should ensure strong returns on invested capital over the long term,” says the Morningstar analyst. “Merck is well-positioned to gain further entrenchment in immuno-oncology with Keytruda, which holds a strong first-mover advantage in the large first-line non-small-cell lung cancer market with excellent data.”

Merck is PPH’s fifth-largest holding at a weight of 5.2% as of January 5.