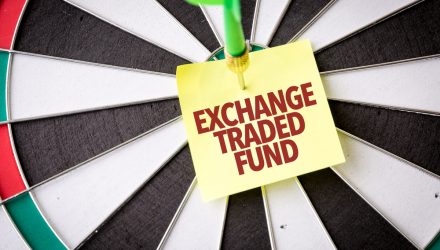 The last week of February was marked by one of the U.S. market’s worst pullbacks since the financial crisis and came with a huge spike in the CBOE Volatility Index that reflected rising uncertainty. Meanwhile, exchange traded funds remained a key investment tool for investors to weave in and out of the various markets.

“As we see in high velocity markets around the world, investors turn to ETFs to reposition their portfolios,” Samara Cohen, Managing Director and Co-Head of iShares Markets and Investments at BlackRock, said in a note. “The week of February 24 was a milestone week, with US equities, US-listed ETPs and US iShares ETPs experiencing record daily volumes. Even with heightened market volatility and increased trading activity, ETPs traded with generally tight bid-ask spreads, heavy volumes, high liquidity and no forced selling.”

From February 24 through February 28,  U.S.-listed exchange traded products volumes surged to a record $1.4 trillion, or an average of $271.1 billion per day, marking a 170% jump above their average daily trading volume for the prior month and 330% surge above the full-week average for all of 2019.

“As we’ve seen in similar periods of market stress, ETP trading volumes as a percentage of equity volumes tend to rise as more investors utilize ETPs to express their views,” according to BlackRock.

The sudden spike in activity was also accompanied by swift and efficient activity in the ETP markets. Liquidity remained strong as U.S.-listed ETPs trading spreads were largely in line with historical averages. BlackRock’s iShares ETP suite also trade at even tighter spreads, averaging 15.3 basis points for the week, compared to the overall industry’s 29.6 basis point average. However, the spreads were still slightly higher than the 11.9 average among iShares ETPs and 23.8 average for the overall industry during 2019.

Furthermore, during the week of February 24, the secondary-to-primary ratio for U.S.-listed ETPs was almost 14:1, compared to the the 3-year average ratio of 8:1. To put this in perspective, the ratios on August 24, 2015 and February 6, 2018, which corresponded to two notable periods of increased market volatility, were 18:1 and 16:1, respectively.

“This provides further evidence that even in times of stress, ETPs have limited impact on the trading of underlying securities as buyers and sellers transact on exchange at real-time prices,” according to BlackRock.