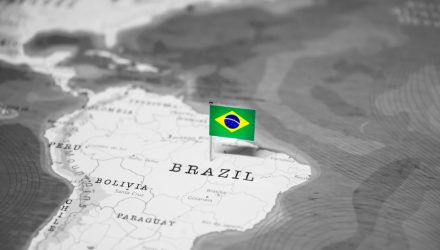 October Promises to Be Interesting for This Brazil ETF

However, the outcome of last weekend’s first-round national election in Brazil is seen as potentially helpful to equities there and exchange traded funds, such as the VanEck Brazil Small-Cap ETF (BRF).

Controversial incumbent Jair Bolsonaro faced off against former two-term leftist President Luiz Inacio Lula da Silva. Heading into the election, some experts said Lula could and would win outright, avoiding the need for a runoff. That didn’t happen as Lula garnered 48% of the vote while Bolsonaro notched a better-than-expected 43%.

With neither candidate commanding a majority, they head to a runoff on October 30 and that could be a catalyst for Brazilian assets this month.

“Brazilian markets remained relatively calm in the run-up to this year’s vote, based on expectations that neither of the two top candidates would undermine the country’s finances in the short term. The Brazilian real is the best performing major currency this year, while the Ibovespa equity index is up 7.9% in dollar terms, compared with a 27% drop for the MSCI All Country World Index,” reported Vinicius Andrade for Bloomberg.

One of the primary reasons Brazilian stocks and BRF could win this month is that some market observers see the runoff as a win/win proposition. Knowing that he didn’t win a majority in the first round, Lula could sound a more centrist tone over the next several weeks, perhaps assuaging critics skeptical of his economic policies. Conversely, should Bolsonaro pull off the upset, investors know they’re getting another four years of his pro-market policies.

“While investors don’t anticipate a disruption in Brazil’s macroeconomic policy, Lula and Bolsonaro, a former military officer, diverge on themes that vary from protecting the environment to the role of the state in Latin America’s largest economy. Lula has been more vocal about using state-run companies to help boost economic activity, while Bolsonaro signaled plans to continue moves toward privatization,” according to Bloomberg.

BRF, which debuted in May 2009, follows the MVIS Brazil Small-Cap Index and holds 112 stocks. It allocates 23.4% of its weight to consumer discretionary stocks while the industrial and consumer staples sectors combine for 20.8% of the portfolio.