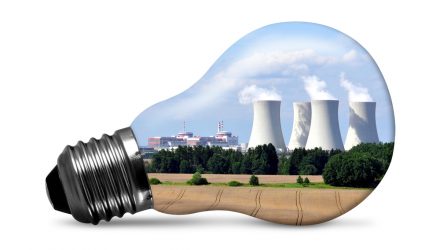 Nuclear Resurgence Could Fuel This ETF

For decades, nuclear power fell out of favor as countries and U.S. states moved to shutter nuclear plants. Amid geopolitical hostilities and the ongoing need for “bridge” energy sources to smooth out renewable energy bumps, nuclear is experiencing a renaissance.

Changing views on the once-controversial source could have positive long-term implications for exchange traded funds, including the VanEck Uranium+Nuclear Energy ETF (NLR). Perhaps to the surprise of some market participants, NLR, which tracks the MVIS Global Uranium & Nuclear Energy Index, is a surprisingly credible play on the Inflation Reduction Act.

“Nuclear power plants will be able to reap a base PTC of $15/MWh, also subject to inflation adjustments, starting in 2024. However, the credit would steadily decline as the nuclear facility’s gross receipt per MWh rises above $25/MWh and would no longer apply once the gross receipt reaches $43.75/MWh. Even with this provision, the legislation is credit positive for utilities and generation companies with nuclear power, particularly those in the most competitive markets, because it provides a floor price that will enhance their financial viability,” according to a report by Moody’s Investors Service.

As is the case with renewable energy, nuclear energy’s fortunes can ebb and flow depending upon how political winds blow. Fortunately for investors considering NLR, the news is encouraging on that front, including from the White House.

“Nuclear has to be part of the array of clean energy technologies, zero-carbon emitting baseload power,” Granholm told CNN’s “State of the Union” on Sunday. “And so there is money both in the bipartisan infrastructure law and as well as in the Inflation Reduction Act to incentivize the development.”

Add to that, Gov. Gavin Newsom (D-CA) last week decided to extend the life of California’s largest nuclear power facility by at least five to 10 years in a bid to stabilize the state’s power grid.

Several of NLR’s 25 holdings could be poised to benefit from the renewed favorable environment for nuclear energy. That includes Duke Energy (NYSE:DUK), which is the ETF’s third-largest component at a weight of nearly 8%.

“With nuclear energy the future, Duke revealed in its second quarter earnings report it is undertaking a strategic review of its wind- and solar-generation business, which ranks among the 10 largest such businesses in the U.S. but adds less than 5% of Duke’s earnings,” reported Liz Moyer for Barron’s.