You are at:Home»Beyond Basic Beta Channel»No Jargon Answer to What Is Bitcoin? 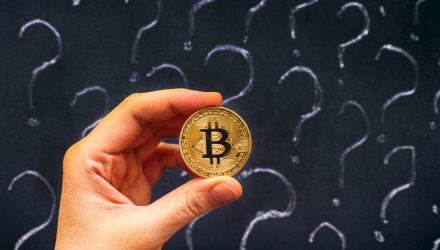 No Jargon Answer to What Is Bitcoin?

In order to explain bitcoin to investors, we are offering a series of blogs and podcasts. A previous blog tried to explain the developments driving bitcoin’s rally. This blog is the first in a series that covers topics that are important to investors. For more on this topic, please listen to the related podcast.

The question “what is bitcoin?” can be answered in many ways. I don’t think investors need to know how bitcoin works technically, but they need to be able to assess the opportunities and risks of investing in bitcoin. So let us examine the two biggest questions that investors care about. First, how sure are we that bitcoin’s supply won’t increase beyond what is planned. And second, will the technology continue to work?

I think the best way to answer these questions is to understand that bitcoin is software.

But let’s stay away from the technical jargon. Most people already know that bitcoin is a thing of value, a type of electronic money, and that anyone can create a wallet, buy, send or receive bitcoin. They know that a password (or “key”) is needed to access their wallet and shouldn’t be lost. This blog will not explain how these things happen—encryption, hashing, mining, double spend, etc.

And let’s dispose with one bitcoin critique. Some investors, like Warren Buffet, don’t care about store of value assets like gold and disregard assets that don’t generate income streams. But some investors do care about stores of value. They will tell you that all paper currencies, backed by nothing, like the current U.S. dollar, eventually become worthless. This blog is meant for this latter group of investors.

Who’s in Control of Bitcoin Software?

If bitcoin is software, the starting point is to understand who controls the bitcoin software, or Bitcoin Core. Actually, no one is in charge of bitcoin per se. Bitcoin is open-source software that is free and run by the community on personal computers and servers.

Can software be developed by connected, non-controlling groups? Clearly, yes, there are precedents for this. Linux is shareware that runs smartphones, cars, most of the internet, all of the world’s top 500 supercomputers and the world’s stock exchanges.[1] In fact, open-source software is a trend. Conceptually, open-source makes sense when there are many potential users and the number of developers who can review and refine the software is greater than what any single company can reasonably afford. The more developers, the more reliable the software.

So, who develops bitcoin software? In the first stage of bitcoin, Satoshi Nakamoto was the lead developer. There have been subsequent lead developers and some important changes. For example, there was a decision to implement a voluntary upgrade in late 2011 and early 2012. Developers wanted to address the issue that bitcoin was being stolen—not hacked—due to security vulnerabilities. In order to do this, they needed confirmation that the upgraded code didn’t have bugs that would crash the network, and the community, a majority of developers and miners, needed to agree to do it.

The argument was not about the desirability of the solution, but rather about what the best technical approach was. The solution ended up being a “soft fork,” an upgrade such that the network would continue to operate whether nodes/processors upgraded to the new software or not.

This story highlights various vulnerabilities, including bugs and getting agreement around upgrades.

Another aspect of bitcoin upgrades is that bitcoin is run on thousands of computers. Users need to accept the software upgrade for it to take effect, which creates an interesting dynamic. Developers don’t want to work on upgrades that users don’t want. In a way, the users are the ones who accept the upgrades by downloading and using the new versions of the software.

The SegWit decision, an upgrade in August 2017, was also contentious. Again, it was a technical decision about how to allow the processing of more data—something generally desirable. Again, there were different technical paths. The resolution again was a soft fork. Bitcoin’s price rose significantly after this upgrade, perhaps a sign of confidence. I would argue that the community is learning how to deal with upgrades.

Now let’s get to the question of bitcoin’s limited supply. Developers could theoretically code an upgrade that expands supply, but users would have absolutely no reason to install such an upgrade. With the explosion of bitcoin community ownership to tens of millions of people, it’s almost impossible to imagine that they would damage their own economic interests to increase the supply of bitcoin. So, theoretically possible, but completely unrealistic.

Who Are the Developers?

Let’s discuss the people who work on the software, the developers. Why do developers work on upgrading bitcoin software? Developers do it for free or are sponsored by companies or individuals. Not everyone is driven purely by money! There are not many core developers. Maybe 50 people at any time are working on the code. Bitcoin Core lead maintainer Wladimir van der Laan has led many of the recent upgrades. Adam Back, proof of work inventor and Blockstream CEO, leads the largest bitcoin-focused development group. Pieter Wuille and ChainCodeLabs are also working on some of the new developments. John Newbery at Brink (non-profit development group), Marco Falke, Samuel Dobson and Luke Dashjr are other names that do not come up in investment conversations but are crucial to bitcoin development.

Last, investors should know that there are important signature and privacy upgrades coming in 2021, so development continues.

Also in the future, by around 2140, no more bitcoins will be produced. Right now, transactions are verified by miners. Miners are profitable when the cost of electricity to run the computers used to approve transactions is less than the price of the new bitcoin earned. When new bitcoins run out, these transaction-confirmers will need to be paid by transaction fees (not new bitcoin) and that will need to be enough to make the network operate but not too expensive to make it impractical.

In sum, bitcoin has both the resiliency and risks associated with open-source software development. But bitcoin also has a sincere community with very high alignment on interests as well as encryption and processing logic that has met every challenge of growth that it has faced so far. It is probably as sturdy as the other important technologies in your life—the internet, bank software, etc. So in my view, bitcoin is very likely to maintain its limited supply and the technology is very likely to keep working.

To learn more about bitcoin and what investors should understand about the digital currency, listen to the first episode of our special Trends With Benefits No Jargon Bitcoin series, featuring Pierre Rochard, Bitcoin Strategist for Kraken: What Is Bitcoin with Pierre Rochard.

This is not an offer to buy or sell, or a recommendation to buy or sell any of the securities/financial instruments mentioned herein. The information herein represents the opinion of the author(s), but not necessarily those of VanEck, and these opinions may change at any time. Non-VanEck proprietary information contained herein has been obtained from sources believed to be reliable, but not guaranteed. Not intended to be a forecast of future events, a guarantee of future results or investment advice. Historical performance is not indicative of future results. Current data may differ from data quoted. Any graphs shown herein are for illustrative purposes only.