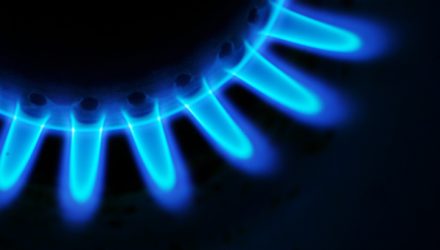 “Models were slightly hotter, although they do not show as much tendency for above normal heat in what is today’s 11-15 day as we had expected…the period still stays close to normal demand levels, with the best heat chances again back in the western half of the nation,” Bespoke said. “We do still suspect that the eastern U.S. sees more anomalous heat as we move through September. It’s just not yet showing up with consistency in the models.”

Maxar’s Weather Desk also pointed to warmer trends across the Midcontinent and cooler trends in the East and West.

“High pressure brings a round of belows to the Midwest early in the period before pressing into the East with belows mid-period,” Maxar said. “The East is above normal on Day 6 ahead of the cool push and is forecast to warm back above normal late, but there is concern that the high could linger overhead.”

Further adding to the natural gas outlook, Tropical Storm Dorian could disrupt supply. Dorian was moving toward the lower Leeward Islands and the path will lead to the U.S., with expectations of landfall somewhere along the eastern portion of Florida, according to FX Empire.

If the system turns to the west, the tropical storm or potentially hurricane could hit the Gulf of Mexico where it could damage natural gas producing installations.

However, there is an 80% chance that a tropical storm will form in the mid-Atlantic, and this storm is unlikely to generate any issue to natural gas installations in the United States.