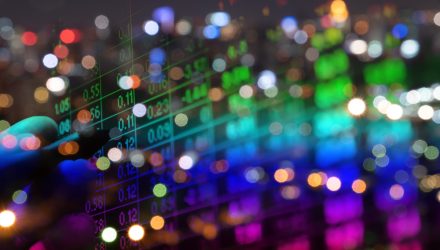 At the end of July, Moody’s Investors Service released its annual municipal bond market snapshot, US municipal bond defaults and recoveries, 1970-2019, with updates through 2019. The report continues to affirm two hallmark benefits offered by muni bonds. First, municipal defaults and bankruptcies remain rare overall, even though they may have become more common over the last 10 years. (There were no rated municipal defaults in 2019.) Second, muni bonds continued to be highly rated in 2019, with more issuers upgraded than downgraded. (According to Moody’s, however, as in 2018, the size of the downgrades, on average, was larger than the upgrades.)

An important “observation” noted once again in this year’s report was that over the 40-year study period: “[A]ny one default may only reflect the idiosyncrasies of that individual credit, and not be representative of any general sector trend.”

The report drew attention once more to the fundamental difference between municipal and corporate credits.

The five-year all-rated cumulative default rate (CDR) of municipal bonds throughout the study period (1970-2019) decreased a tiny bit to 0.08% (1970-2018: 0.10%) and remains very low. In comparison, the five-year CDR of global corporates is 6.7% over the same time period. There were neither any new rated municipal defaults in 2019, nor any new unrated defaults during the same period.

While there may not have been any new rated defaults in 2019, Moody’s noted that there were “some notable developments concerning default, bankruptcy and recovery,” not least in the context of the defaults in Puerto Rico and the near-total obliteration of Paradise, CA in the fires of 2018. Vis-à-vis Puerto Rico, the rating agency noted: “Puerto Rico, although a U.S. Territory, reinforces one pattern we have seen elsewhere, which is that a bankruptcy or bankruptcy-like proceeding may not only affect recoveries differently across separate debt classes but may simply not impair all debt classes to begin with.”

he report also mentions, for the third year running, that nearly a decade after the Great Recession (2007-2009), the credit quality of the municipal bond sector is now stable. It has been aided in part over the last couple of years by growth and economic recovery in many regions of the U.S. For the fourth year running, in 2019, muni bond rating upgrades outweighed downgrades (602 vs. 296), but there were fewer rating changes in 2019 than in previous years.

The report added that the municipal sector overall remains highly rated, with approximately 92% of all the municipal credits in Moody’s rating universe falling into the A category or higher as of the end of 2019 (2018: ≈92%). Further, at the end of 2019, the median rating for U.S. municipal credits had risen to Aa2 (2018: Aa3). This stood in stark contrast to the median rating for global corporates, which was Baa2 (2018: Baa3).

We continue to argue that, while it remains a struggle to obtain the same amount of timely disclosure from issuers of municipal bonds as one sees in other asset classes, the pure empirical evidence suggests that muni bonds still offer a fiscally sound vehicle for deriving an income stream free from federal, and in some cases, state taxes.

If one looks at long-term municipal bond obligations across all sectors between 1970 and 2017, according to Moody’s report, there were only 113 distinct Moody’s-rated defaults in the total amount of a little over $72 billion. There are more than 50,000 different state and local governments and other issuing authorities.

There are, as always, caveats. As Moody’s, once again, states in the report’s Introduction: “The once-comfortable aphorism that ‘munis don’t default’ is no longer credible: rating volatility, rating transition rates and cumulative default rates (CDR) have all increased since 2010.” However, the rating agency does add that: “… they had begun to stabilize before the current virus-related stresses.”

The sector continues to face challenges. These include, among others, democratic shifts (populations both aging and relocating—affecting tax receipts), “substantial increases in pension and retirement health care leverage” and “the associated heightened exposures to equity markets.” Moody’s also notes, “The growth of total leverage is significant and in stark contrast to the earlier decades of low bonded debt and long-term economic expansion.”

Despite this, we still believe that municipal bonds remain important to the core strategy of constructing an individual portfolio.

This content is published in the United States for residents of specified countries. Investors are subject to securities and tax regulations within their applicable jurisdictions that are not addressed on this content. Nothing in this content should be considered a solicitation to buy or an offer to sell shares of any investment in any jurisdiction where the offer or solicitation would be unlawful under the securities laws of such jurisdiction, nor is it intended as investment, tax, financial, or legal advice. Investors should seek such professional advice for their particular situation and jurisdiction.

VanEck does not provide tax, legal or accounting advice. Investors should discuss their individual circumstances with appropriate professionals before making any decisions. This information should not be construed as sales or marketing material or an offer or solicitation for the purchase or sale of any financial instrument, product or service.

Municipal bonds are subject to risks related to litigation, legislation, political change, conditions in underlying sectors or in local business communities and economies, bankruptcy or other changes in the issuer’s financial condition, and/or the discontinuance of taxes supporting the project or assets or the inability to collect revenues for the project or from the assets. Bonds and bond funds will decrease in value as interest rates rise. Additional risks include credit, interest rate, call, reinvestment, tax, market and lease obligation risk. High-yield municipal bonds are subject to greater risk of loss of income and principal than higher-rated securities, and are likely to be more sensitive to adverse economic changes or individual municipal developments than those of higher-rated securities. Municipal bonds may be less liquid than taxable bonds.

The income generated from some types of municipal bonds may be subject to state and local taxes as well as to federal taxes on capital gains and may also be subject to alternative minimum tax.

Investing involves substantial risk and high volatility, including possible loss of principal. Bonds and bond funds will decrease in value as interest rates rise. An investor should consider the investment objective, risks, charges and expenses of a fund carefully before investing. To obtain a prospectus and summary prospectus, which contain this and other information, call 800.826.2333 or visit vaneck.com. Please read the prospectus and summary prospectus carefully before investing.